Doorkins the cathedral cat retires after a decade delighting visitors

Doorkins Magnificat has met the Queen and featured in her own children's book during her 10-year residence at Southwark Cathedral. Now she's retired from duties at the cathedral. 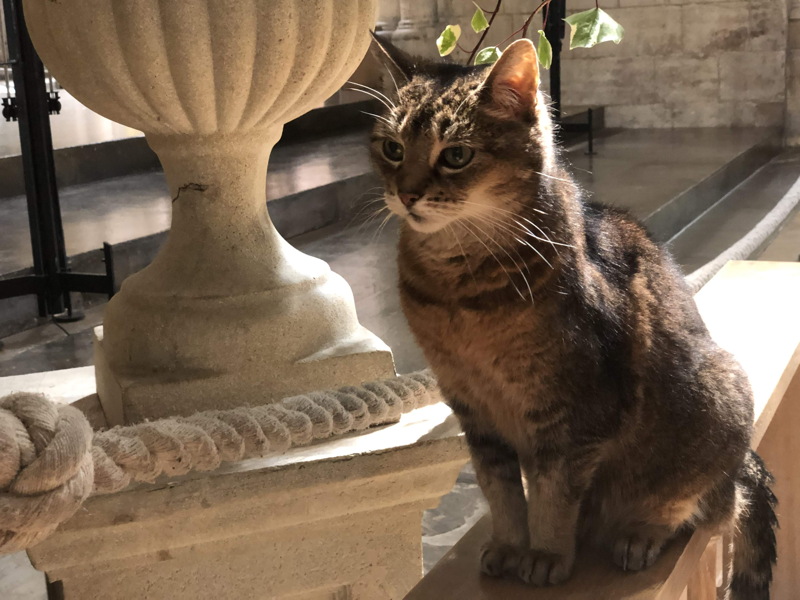 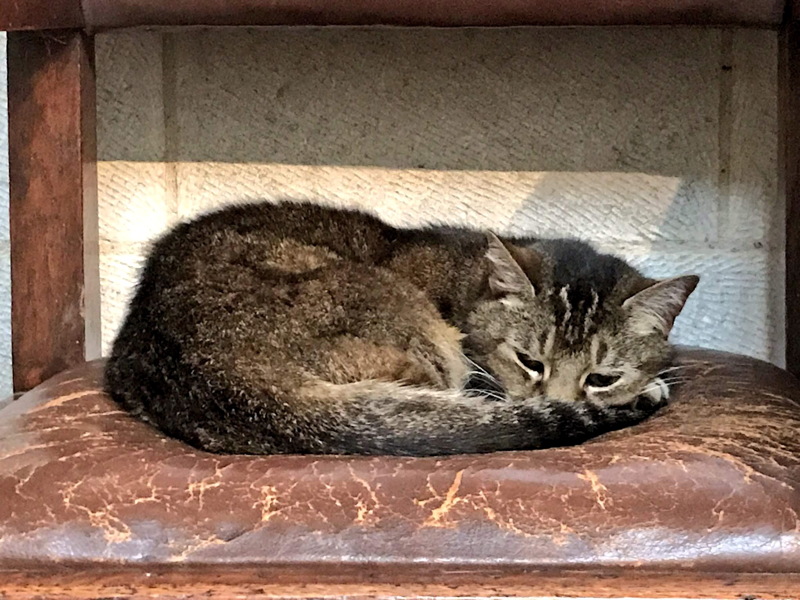 Doorkins has been a fixture at Southwark Cathedral since the start of 2009 when she began to turn up at the cathedral doors every morning awaiting the arrival of the vergers.

In the past decade, she's become a much-loved member of the cathedral family, with a big social media following and her own range of souvenirs.

The Doorkins Twitter account announced the cat's retirement on Wednesday: "It is with great sadness to say that I am now not living at Southwark Cathedral.

"Due to my deteriorating health especially eyesight (I keep bumping into old things ... not the Dean!) I am going to be living with one of the cathedral staff where I will enjoy my semi-retirement.

"Please don't worry about me, I will be 'taking over' a home with someone I have known for many years and love to bits.

"I know I am going to be very happy there surrounded by so much love and affection plus food, very good food!"

Two years ago Doorkins became the star of a children's book which tells her story, including the famous occasion when she slept through a visit from the Queen.

When the cathedral was evacuated and sealed off in the aftermath of the London Bridge terrorist attack, local police officers put out food for her whilst her normal carers were unable to reach her.

Doorkins' decade-long tenure at the cathedral will be remembered by future generations: she is depicted in a stone corbel to be installed on the building to replace a worn piece of stonework.