Nearly 5,000 patients at the Borough Medical Centre will be asked to register with a new GP after the two doctors decided to retire ahead of plans to redevelop the site as a 13-storey hotel. 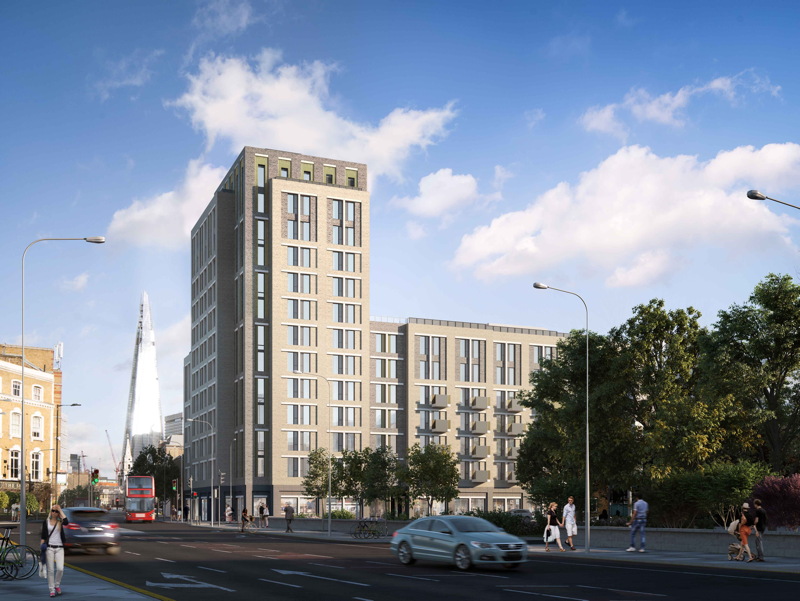 The scheme will be built on the site currently occupied by the two GP practices of the Borough Medical Centre.

On Tuesday, the Southwark Primary Care Commissioning Committee was told that Dr Kaushal Misra and Dr Ramesh Sharma – who operate two separate practices from shared premises – had decided to retire at the end of March and had given three months' notice to NHS Southwark Clinical Commissioning Group.

Dr Misra has been at Borough Medical Centre for 33 years whilst Dr Sharma has operated from the surgery since 1994.

The two GPs opted to retire rather than pursue a planned merger with Blackfriars Medical Practice.

The Borough Medical Centre has 4,903 registered patients who will be asked to re-register with other local surgeries. A survey of local GPs shows that they have capacity to accommodate extra patients.

"There are no other alternative premises locally from which services can be provided from," said Nick Langford of the NHS South East London Commissioning Alliance.

The meeting heard that the saving of £200,000 annual premises costs arising from the closure of the Borough Medical Centre would be reinvested by the clinical commissioning group in other local surgeries.

Patients will soon receive letters inviting them to meetings about the proposed closure.

Richard Gibbs, a member of the commissioning committee, urged colleagues to keep an open mind: "We must reserve the right, if something comes out of that consultation, to modify what we are doing."

He was reminded by Jean Young, head of primary care commissioning, that the CCG prefers to refer to 'engagement' rather than 'consultation' with the public.

NHS Southwark CCG officials conceded that there had been no discussions with council planners about future premises requirements for GP provision ahead of the decision to approve the hotel scheme, although the doctors at the Borough Medical Centre had told the council that they no longer required the site themselves.

The redevelopment site also includes a long-established pharmacy and sandwich shop, as well as the former Southwark social services offices on Harper Road.

The scheme – dubbed King's Place – has been designed by Allies & Morrison.

The latest proposal includes 328 hotel rooms, 20 homes (half of which would be affordable) as well as office space and retail.

At October's planning committee hearing, planning officer Alex Cameron told councillors that whilst the site wasn't specifically earmarked for a hotel in planning policy, visitor accommodation was "an appropriate town centre use" for the location.

Mr Cameron told councillors that the 13-storey tower would be a "local landmark" and is "not considered to be a significantly tall building".

He explained that hotel would appear in views from the Trinity Church Square conservation area: "On balance the officers are satisfied that the public benefits outweigh the less than substantial harm," he said.

The hotel would be operated by The Collective which launched its first hotel in Long Island City, New York, in April last year.

The Collective has another hotel and co-living scheme recently completed in Canary Wharf which has 706 rooms.

The proposed hotel would be aimed at those wishing to stay for more than one or two nights such as for holidays and work trips.

Objectors to the application included the Metropolitan Police who are concerned about the impact of the development on sensitive activities at the adjacent Southwark Police Station.

The planning committee voted 6-1 in favour of granting permission.

Speaking after last October's planning approval, James Penfold of The Collective said: "The Collective Borough High Street is a great example of how we are adopting a ground-breaking approach to urban planning in city centres across the globe.

"By engaging meaningfully with the local community and integrating their views and needs into the project, we unlocked an underutilised site in Borough High Street with a challenging local context.

"This project is an exciting opportunity for The Collective as we plan to create a new, innovative and dynamic destination which supports the community and local businesses through the shared economy, as well as delivering affordable housing."