Former Labour Party leader Jeremy Corbyn visited Jubilee Gardens on the South Bank on Saturday to lay a wreath at the memorial to the Brits who fought against fascism during the Spanish Civil War. 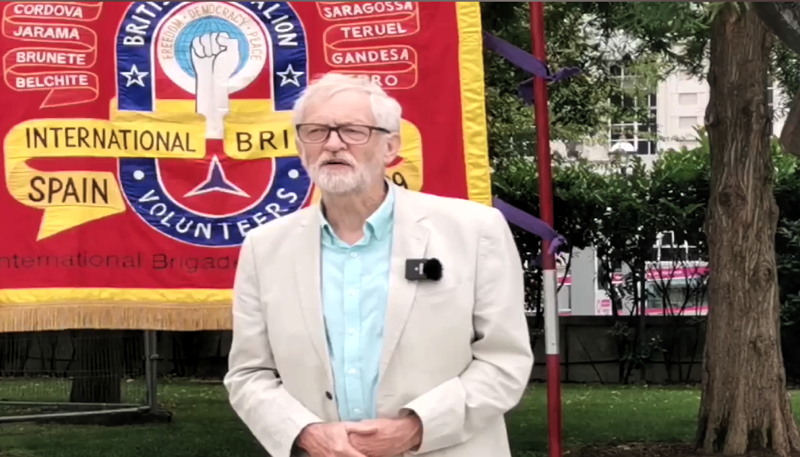 2,500 men and women from Britain, Ireland and the Commonwealth travelled to Spain during the 1936-1939 civil war to fight for the Spanish republic against General Franco's forces.

The annual ceremony organised by the International Brigade Memorial Trust normally draws a sizable crowd for speeches, music and wreath-laying.

This year's gathering was of a much smaller scale and was captured on video for the wider public to watch.

In his speech Jeremy Corbyn reminded the audience that his parents had first met at an event in London held in solidarity with the Spanish republican cause.

Mr Corbyn said: "It was entirely appropriate that in 1985 the Greater London Council should help with establishing this beautiful memorial here on the South Bank.

"At a time when statues and memorials are being discussed all over the world, I can think of nothing more appropriate in the history of this country than to be able to say that part of our history is that incredible sense of solidarity with people around the world, struggling for their peace."