Despite the high-profile proposal for London's city government to leave its current riverside HQ in favour of a new City Hall in the Royal Docks, the Greater London Authority will still have more staff based in SE1 than E16 if the move goes ahead. 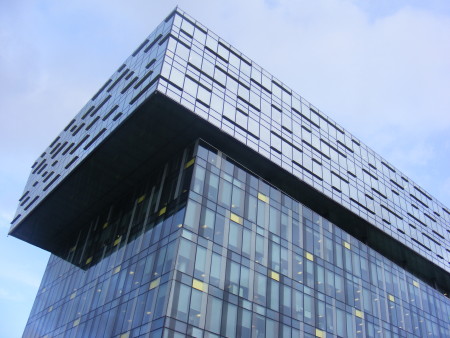 Last month Mayor of London Sadiq Khan launched a consultation on proposals to exercise a break clause in the GLA's lease for City Hall next year, with the mayor's office, London Assembly chamber and committee rooms moving to The Crystal, a GLA-owned building in the Royal Docks.

As part of that announcement the mayor said that the GLA would rent a floor of office space in Transport for London's Palestra building in Blackfriars Road, but this week it emerged that in fact only a minority of those who currently work at City Hall will be heading east to The Crystal.

The London Assembly's budget and performance committee heard on Tuesday that City Hall was designed for 426 people: 400 staff, 25 assembly members and one mayor.

The Greater London Authority, whose powers and responsibilities have grown during its 20-year history, now employs nearly 1,200 people.

Before COVID-19, City Hall was the workplace for around 800 staff.

The GLA expects that in future staff will work from home on average two to three days a week.

Whilst the final office capacity of the new City Hall at the Crystal has yet to be determined, as few as 150 staff could be based there.

In contrast, the GLA will retain at least 450 desk spaces in Southwark, with capacity for 300 workers at Palestra and more than 150 desks for GLA staff at the London Fire Brigade headquarters on Union Street.

The GLA will pay an annual rent of £2.1 million a year for a floor of office space at Palestra.

London Assembly Conservative group leader Susan Hall told the committee that according to proposals she had seen, the Mayor of London would maintain a 'secondary office' at Palestra in addition to his main base at The Crystal.

David Bellamy, the mayor's chief of staff, said: "What this proposal recognises is the need for the mayor and assembly to be based in a place that will have a suitable chamber and suitable committee rooms, and those are not things that can be put in to Palestra or Union Street."