A final decision on plans for a 20-storey office block opposite London Bridge Station - vetoed by Southwark councillors in June - will be taken by Mayor of London Sadiq Khan. 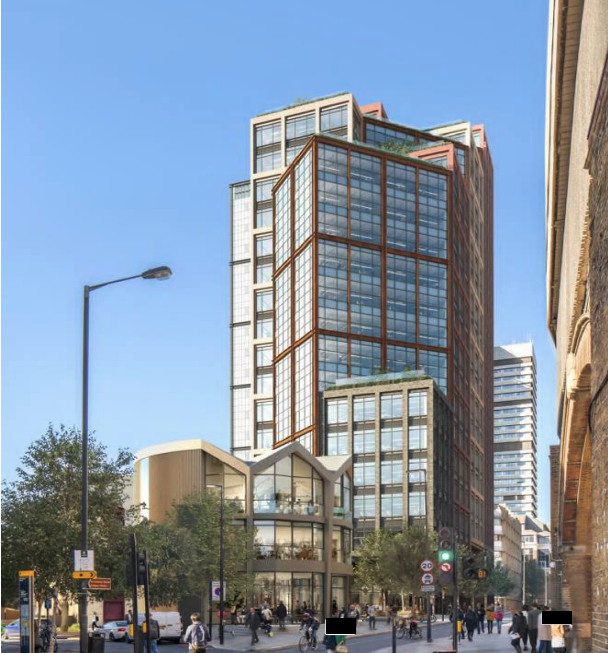 CIT's plans for the site bounded by St Thomas Street, Fenning Street, Vinegar Yard and Snowsfields were rejected by Southwark Council's planning committee in June due to their "excessive height, scale and massing" and impact on the adjacent conservation area.

The scheme – designed by architects KPF – includes a 20-storey office block facing St Thomas Street, and a smaller pavilion at the junction of Snowsfields and St Thomas Street leading to an underground music venue with capacity for 200 people. A subterranean set of artists' studios is also proposed.

Now Mayor of London Sadiq Khan has used his powers to 'take over' the planning application and replace Southwark Council as the local planning authority.

City Hall will convene a public hearing at which the final decision will be made by Mr Khan or his deputy.

Of the 17 planning applications 'taken over' and decided by City Hall since Mr Khan became Mayor, only one has been refused.

Mr Pipe also argues that the Mayor's intervention is required "because failure to promote appropriate development on sites such as this could potentially impact upon the economic health of the central activities zone, the London Bridge, Bankside & Borough opportunity area and London as a whole".

The deputy mayor also says that Southwark has experienced a "borough-wide net loss of business floorspace in recent years" and that new office development will be required to meet the targets set out in the council's planning policy.