It's a building that some love to hate, but many locals have learned to love. The Elephant & Castle Shopping Centre closed its doors on Thursday, after 55 years at the heart of the community. 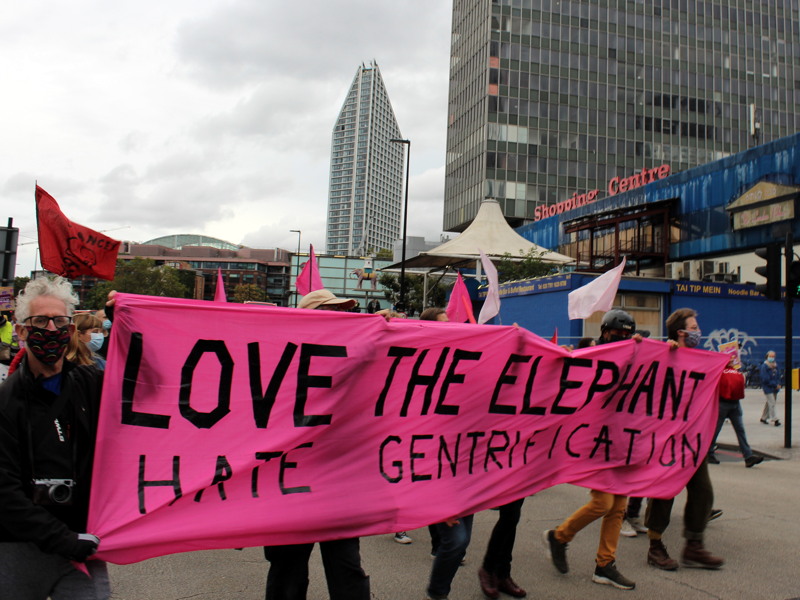 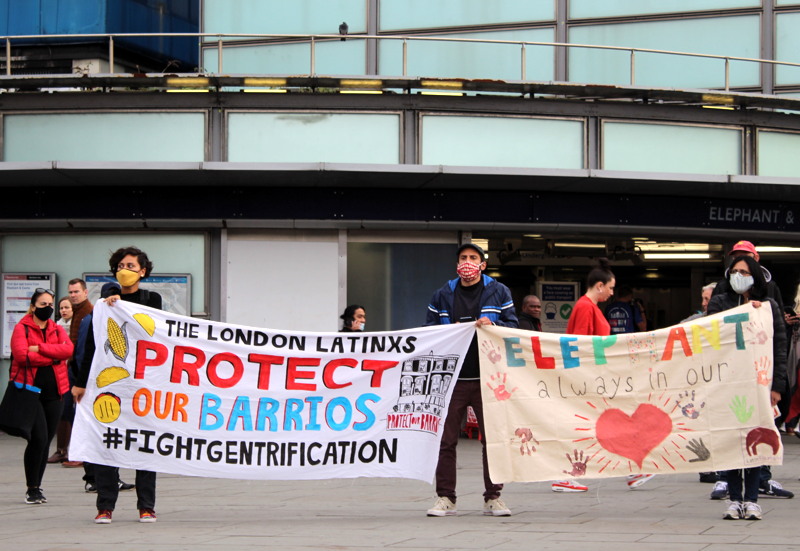 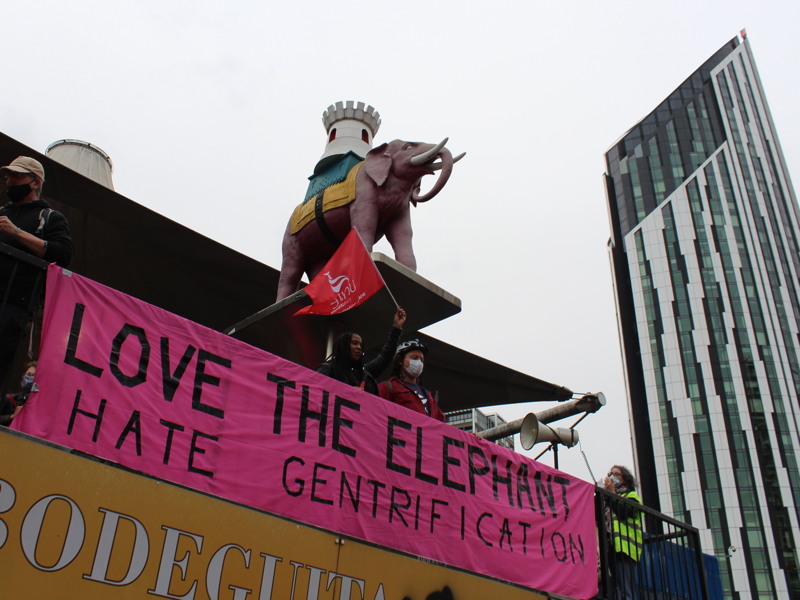 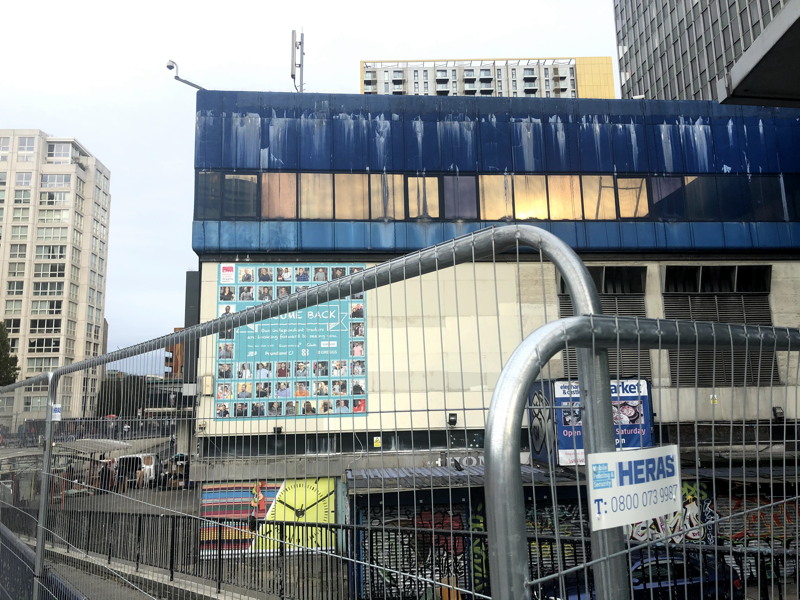 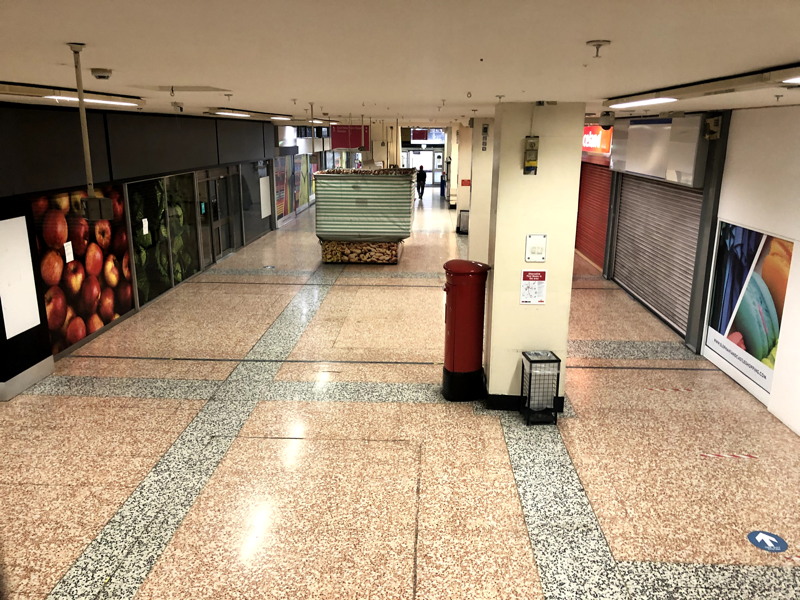 A few hours before closure, most shops had already shut their doors

The centre's closure has been foretold so many times that some doubted it would ever happen. It's more than 30 years since the first public meeting to discuss the regeneration of the Elephant, and there have been many false starts along the way.

The current owners of the centre – led by Delancey – had their redevelopment plans approved by the Deputy Mayor of London in December 2018 after receiving Southwark Council's backing in July that year.

Campaigners from the Up The Elephant coalition – which has drawn attention to the needs of independent traders and pressed for greater provision of affordable housing – staged a rally to mark the closure of the centre.

Jerry Flynn of the 35% Campaign said: "There is still a legal action outstanding which – if it is successful – will prevent Delancey building what it wants to build here, which includes 1,000 homes, of which there will be the princely number of 116 social rented units in 10 years' time, if we are lucky."

He added: "This should have been a development that included everybody."

Speaking at the rally, Patria Roman of Latin Elephant expressed her sadness at the closure of the shopping centre but noted that campaigning efforts had yielded improvements in the support provided by developers and the council to local traders.

"I am incredibly proud of all we achieved," she said.

She added: "One thing is for certain: the fight does not stop here. This is not over ... What we want is social justice and equality. This is all we are about."

Emad Megahed – who ran an IT business in the shopping centre – said: "I am so proud of my community.

"I am proud that my community stuck together – whatever nationality ... we all speak the same language, the language of love, and sticking together as one. That's the lesson we want to teach our kids."

The bulldozers could move in as soon as October to clear the site in preparation for the construction of hundreds of new homes for rent, as well as a new building for the London College of Communication and a new entrance – with escalators – to the tube station.

The shopping centre site is the first phase in a 10-year development that will eventually see more rental homes built on the current LCC site, as well as more than 100 new council homes on Oswin Street.

Some of the centre's larger shops – including two pharmacies – have closed without any direct replacement.

A number of the smaller businesses are relocating to Elephant Arcade – a new space created by Southwark Council below Perronet House – and to Castle Square, provided by the shopping centre owners on Elephant Road. Others have been accommodated in the Elephant One development on the new Ash Avenue off New Kent Road. A few – like the Pricebusters hardware store – are moving to Lendlease's Elephant Park development.

"This is a really exciting time for these businesses and we're delighted that so many well-known, local traders are looking forward to their next chapter at Castle Square," said Diana Barranco, community director for the developers.

"We have been working very closely with all shopping centre traders to support with relocation, and to ensure they can find new premises that suit their business needs.

"We are also pleased to have found space for the statue to remain in the heart of the community. It is an iconic landmark which has been the emblem for the area for more than five decades.

"We look forward to welcoming members of the community when we open Castle Square and Ash Avenue on 25 September. We have lots of entertainment and activities every weekend for six weeks starting on Saturday 26 September to celebrate the traders in their new home."

With some shopping centre tenants and market traders yet to find new premises, campaigners recently put proposals to Mayor of London Sadiq Khan – via local London Assembly member Florence Eshalomi – for new market pitches near the Faraday Memorial, on Arch Street and outside Perronet House.

This week Mr Khan said: "I have always been clear that the small traders at the shopping centre should get a fair deal ... It is disappointing that a number of small businesses still don't have the certainty they need ... in general I would welcome any workable solution that provides these businesses with the space they need to trade."

The elephant statue that stands outside the shopping centre will soon be placed on top of the temporary structure in Castle Square pending discussions about its long-term location.