Thameslink could soon be back on the tube map, says Mayor

The Thameslink rail route through central London could soon be restored to the tube map, Mayor of London Sadiq Khan has said. 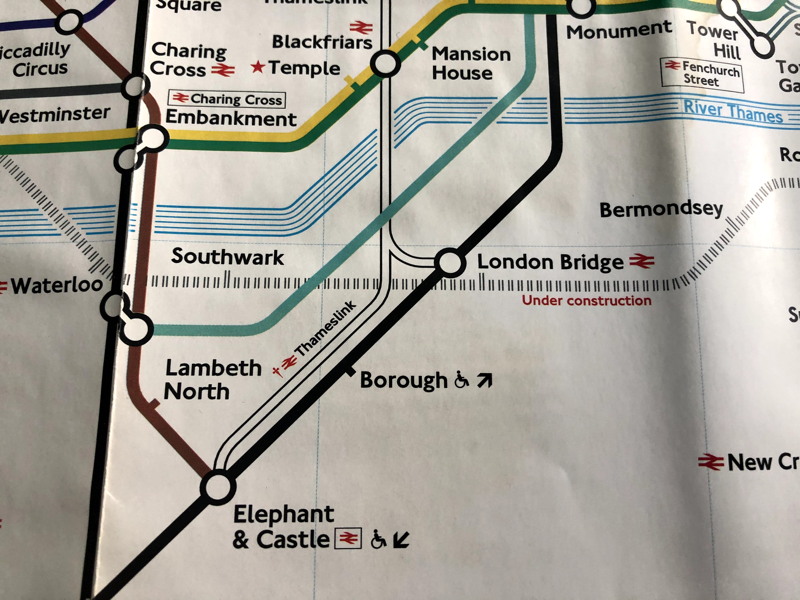 Despite efforts by Liberal Democrat London Assembly member Caroline Pidgeon – who has raised the issue repeatedly with Mr Khan and his transport deputy Heidi Alexander – Transport for London has resisted the idea of including a service outside its control on the famous tube network diagram.

But this month the Mayor has signalled a change of policy.

In a written reply to Labour London Assembly member Navin Shah, Mr Khan said that TfL "is looking into how the Thameslink service could be included on the tube map as there could be some useful benefits given the pandemic and current social distancing requirements".

The central section of Thameslink charges the same fares as the London Underground, so a journey from Elephant & Castle to St Pancras costs the same on Thameslink as it does on the Northern line.

Caroline Pidgeon AM told SE1: "I very much welcome what looks like the Mayor and TfL backing down on this issue.

"There are short and long term arguments for putting Thameslink back on the tube map.

"Firstly, at a time when we need to ensure social distancing and offer passengers the widest possible range of transport options it makes absolute sense.

"Secondly, it will also have long term benefits. At peak times Thameslink's frequency is set to reach 24 trains an hour, offering a similar service to most London Underground lines. The stations are also fully accessible for disabled people throughout central London.

"A train line that for all intents and purposes can serve the public with the same service as a tube line deserves to be on the tube map."

Although most central London Thameslink stations have step-free access, Elephant & Castle remains a glaring exception, where – despite the redevelopment of the adjacent shopping centre – there are no plans to install lifts.