A new bar / restaurant due to open in the former NatWest bank at the corner of Tooley Street and Tower Bridge Road says it hopes to attract "well-to-do" customers wearing "trendy and nicer clothing". 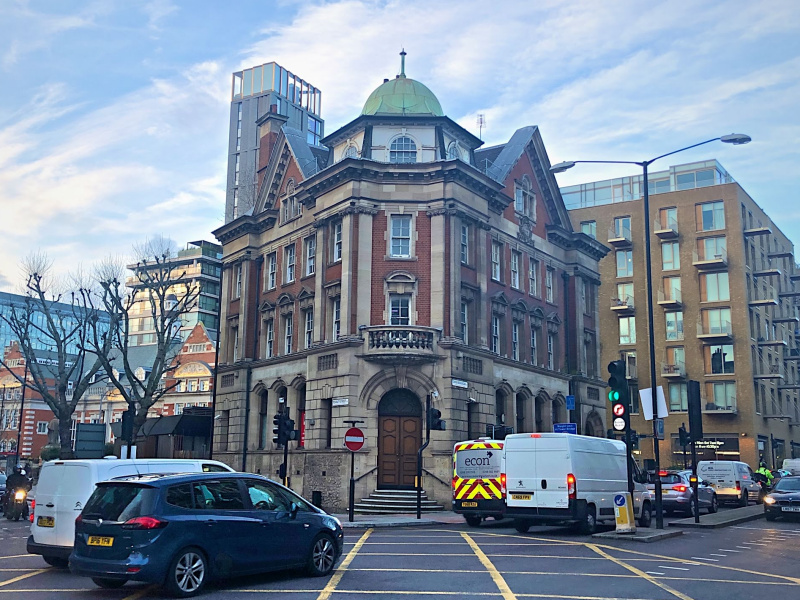 The Tower Bridge branch of NatWest closed in May 2017 after 117 years as a bank.

The grade II listed building was built in 1900 for the London & County Bank, which had its roots in Southwark in 1836.

A memorial plaque to a bank cashier who died in the First World War was relocated to NatWest's London Bridge branch.

Now a new bar / restaurant called Masq intends to occupy the ground floor and basement of the building, as well as the vacant open space to the north of the site.

Masq's licence application will be considered by councillors on Thursday.

In its application to the council, the company says it hopes to attract regular customers who "will want a quiet, intimate, and beautiful atmosphere that matches their level of sophistication".

The application continues: "Overall, we want our regulars to be well-to-do (or aspiring to be so), we want them to come to our bar in small, or intimate groups (e.g. mature city professionals in smart business casual). But we don't want to attract in large crowds, unless it's a private party.

"We just want a mixed but sophisticated crowd age about 25 and up ... No matter if they're male or female, everyone in our bar must have spent some time prepping to go out for the night in trendy and nicer clothing, such as smart business casual."

Masq will share its island site with Restaurant Story – SE1's only Michelin-starred eatery – where dinner costs £145 a head.