City to continue clampdown on illegal traders on Thames bridges

A clampdown on illegal street traders selling peanuts to tourists on five London bridges is likely to continue, after a pilot was hailed a success. 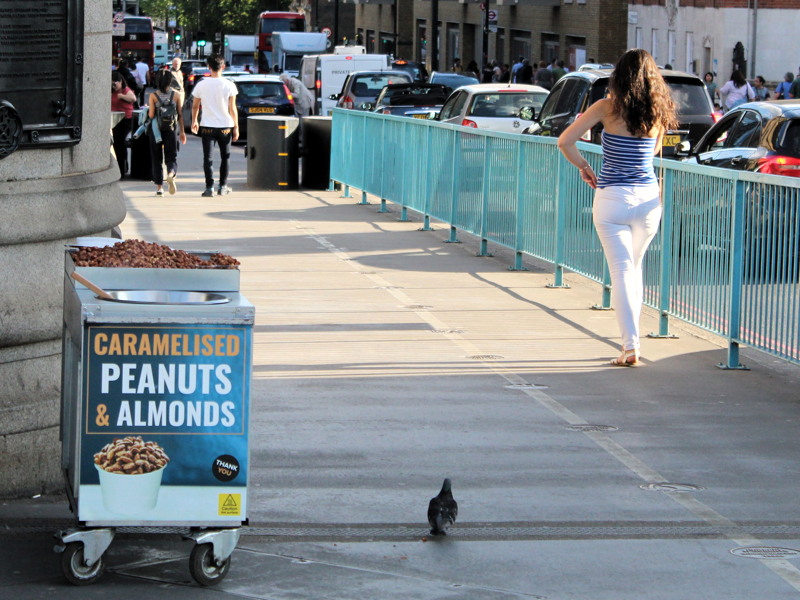 And a licensing officer sounded the alarm to the Tower Bridge control team during last year's fatal terror attack at Fishmongers Hall at London Bridge.

It meant they "triggered their incident management plan for Monument and the bridge before any formal notifications were received," according to a City corporation report.

The team dished out 365 formal warnings and prosecuted 12 people over the last two years. So far the courts have handed down Ł1,903 fines, plus costs of Ł4,512.

The two-year pilot on Tower, Southwark, London, Millennium and Blackfriars bridges follows a game of "cat and mouse" between the Corporation and sellers.

It is now asking the policy and resources committee on Thursday this week for Ł268,000 to continue the scheme for another two years.

Although the City's Bridge House Estates own the bridges a legal quirk meant rules changed halfway across the bridges. The Corporation worked with the neighbouring councils to clarify the situation.

However the traders are still wise to the movements of the licensing officers, according to the Corporation.

Its report to the policy and resources committee said: "Illegal traders are co-ordinated, opportunistic and swiftly adapt to patterns of enforcement" .

It said the savvy traders "adapted to the increased enforcement by improving their own communications and organisation. "

If officers are seizing a cart on Millennium Bridge, "a trader will take the opportunity on Tower Bridge knowing they have some time to trade," the report said.

The team has also passed on intelligence about "other undesirable elements such as gamblers and pickpockets" to the police.

After lockdown ended in July the hawkers returned, said the City.

The hawkers are deemed a safety risk because they crowd packed spaces and some use gas bottles and they can attract pigeons and other vermin.