The Roman Catholic Archbishop of Southwark has used his Sunday homily to respond to this week's report on child sexual abuse, apologising on behalf of the church. 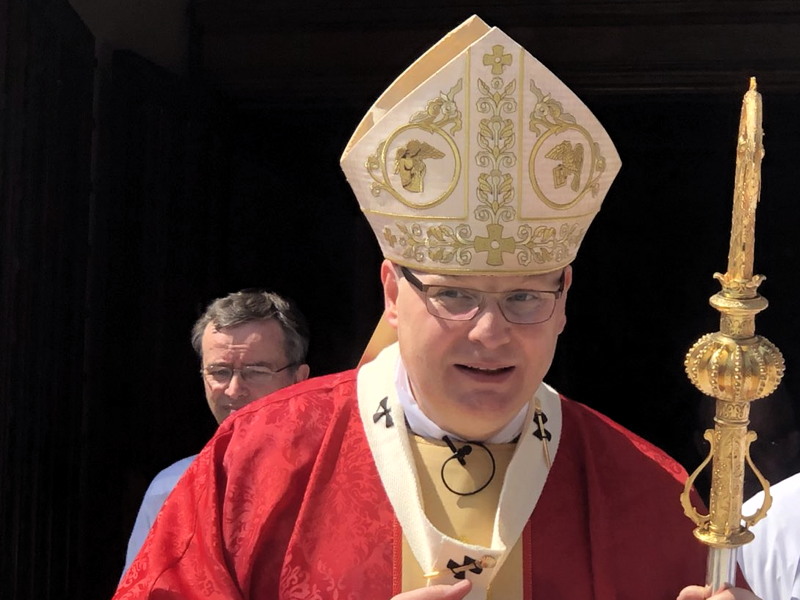 This week the Independent Inquiry into Child Sexual Abuse published its report on the Catholic Church, including strong criticism of Cardinal Vincent Nichols, Archbishop of Westminster and leader of the English and Welsh church.

During the November lockdown the Archbishop of Southwark is celebrating Mass live on YouTube each Sunday from St George's Cathedral.

This week Archbishop John Wilson began his homily by saying: "This is the first Sunday since the publication last Tuesday of the IICSA report into child sexual abuse in the Catholic Church in England and Wales.

"It makes for sombre and shameful reading.

"We need to do everything we can to make sure that such terrible sins and crimes and mistakes are not repeated."

Before coming to Southwark in 2019, Archbishop Wilson served as an auxiliary bishop in the Archdiocese of Westminster, under Cardinal Nichols.

The Archdiocese of Southwark – which covers south London and Kent – does not feature in the IICSA report, apart from a table noting the number of serious incidents (not necessarily safeguarding-related) reported to the Charity Commission by each Catholic diocese.

"It is clear that the church's reputation was valued above the welfare of victims, with allegations ignored and perpetrators protected.

"Even today, the responses of the Holy See appear at odds with the Pope's promise to take action on this hugely important problem.

"While some progress has been made, there still needs to be lasting change to culture and attitudes to avoid repeating the failures of the past."