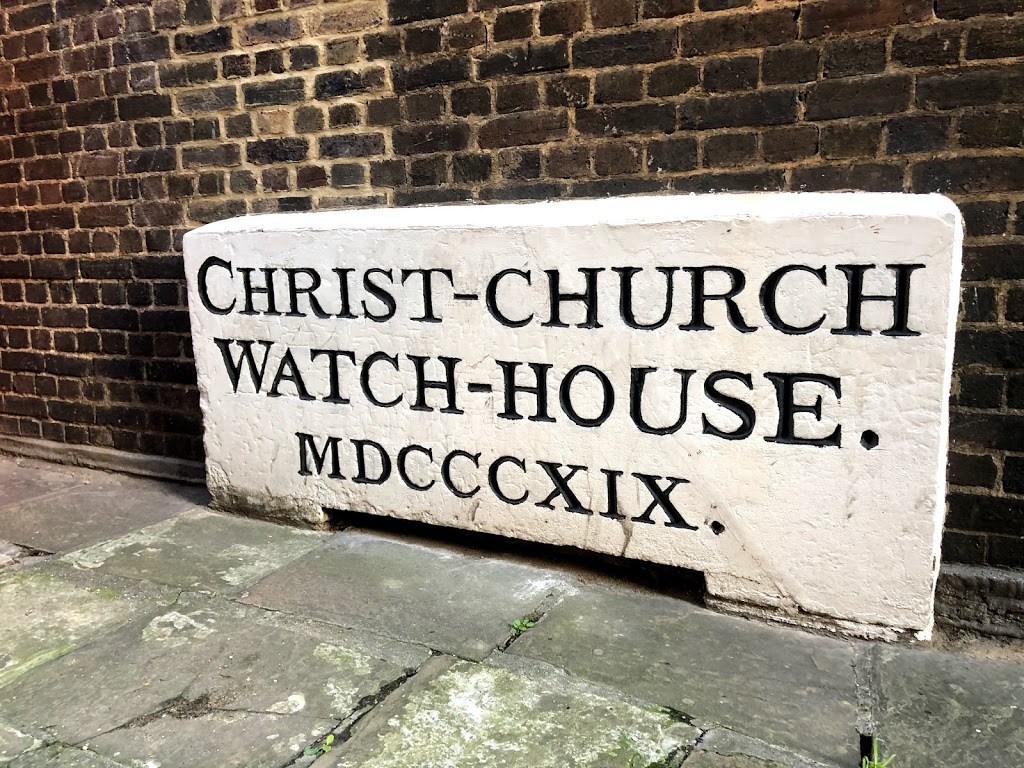 Graham was born in St Thomas Street next to Guy's Hospital (where his father Frederick was an obstetrician and gynaecologist, known for his Short Textbook of Midwifery, and then latterly with a ward named after him).

During his years in SE1 he cared passionately about his local and wider community and those within it. His interest in local history led to an involvement initially with the Southwark & Lambeth Archaeological Society and later Morley College. His accumulated knowledge resulted in him leading a series of walks and writing his definitive book. On Lambeth Marsh: The South Bank and Waterloo was published in 1992 by his wife Jane, who ran the bookshop below their home at 20 Lower Marsh (now Coleman Coffee Roasters).

The study embraced the area from Vauxhall to Paris Garden, today better known as the South Bank (although only described as such since 1951, according to Graham), and south to Lambeth Palace and St George's Circus.

Graham qualified as an architect at the Architectural Association where at the time he was said to be the youngest person to have been offered a place and where he later became a full time lecturer for a time. Many of Graham's professional friends and colleagues from this time went on to have high profile careers. Graham, who might be described as a shy and complex person, had no interest in fame or status. He wanted to develop and explore good practical design and in 1969 formed Building Product Designs with engineer colleague Peter Slain.

He was a contributor to developing British Standards (kite mark) in building products. This was at a time when standardisation in size and compatibility did not exist. He believed in helping people to have a knowledge and an understanding of matters which might impinge on them...the client should understand what they are commissioning.

Writing in 1970 about performance standards and windows Graham said: "...more thought given to these subjects will enable the architect's flights of fancy to become more suitable to his client's needs at the same time as being easier to manufacture." This quest for window standards led to an involvement with Crittall, the original steel window manufacturer, and visits to Scandinavia where design and standards were already being embraced.

Later he worked for Skidmore, Owings & Merrill's County Hall project on building products but also in the hope that he could influence the protection of architectural heritage. At Haringey he was part of the team working on the redevelopment of the Broadwater Farm estate.

He enjoyed a range of classical music and his interest in Indian music led to him owning a beautiful sitar. He explored this interest intellectually not only making the expected architectural models but intricate wire and paper models to illustrate sound waves. In 1969 he contributed to his friend and colleague Keith Critchlow's Order In Space: A Design Resource Book which was described as offering an insight into the area where mathematics and the arts meet.

He was a frequent visitor to the nearby Royal Festival Hall. But the Southbank Centre was a delight to him not just for its classical live music. He loved "the people's palace" for its free public access. This appreciation of such a venue on his doorstep came from a long and quiet belief in equality and accessibility to the arts.

His passion for local history had been evident from early times. In 1960, just married and living in Vauxhall, he was on the Lambeth-Southwark boundary when he walked along Colombo Street and saw the Christ Church watch house being demolished. Thanks to him the fine 1819 stone with Roman numerals from the front of the building was salvaged and is now to be found in the alley between The Rose & Crown and the Rectory which replaced the Georgian building.

In 1985 he ascertained through close study of maps, paintings and lost sight lines involving the pre-war Christ Church that William Curtis's famous botanical garden had never as claimed occupied Halfpenny Hatch (the riverside between Cornwall Road and Broadwall). He pinpointed the children's recreation ground in Ufford Street, south of The Cut, as the remnant of the pioneering 18th-century garden.

Another interest for him was William Blake who had lived in Waterloo. Graham pointed to the site of Albion Mills next to Blackfriars Bridge as being "London's symbol for the impending industrial revolution" and the little known inspiration for William Blake's "dark satanic mills" in his poem Jerusalem.

Graham Gibberd described himself as "an architect and a south Londoner born and bred" who "lived and worked in the Marsh".

As an architect he enjoyed adapting 20 Lower Marsh as a home and shop and used his knowledge and love of plants to pursue another ambition, that of a greener London filling the yard and roof with beautiful plants including pomegranates, mulberry and guava.

In 2013, (following Graham's sad decline with dementia) the bookshop closed along with nearby Cooper's where he had given advice on the grade II listed building. The couple remained in SE1 and moved around the corner to Oakey Lane. Graham is survived by his wife Jane, daughter Anna and son Alastair.