Plans to build a block of 25 new council homes in The Cut have been approved by Southwark Council's planning committee. 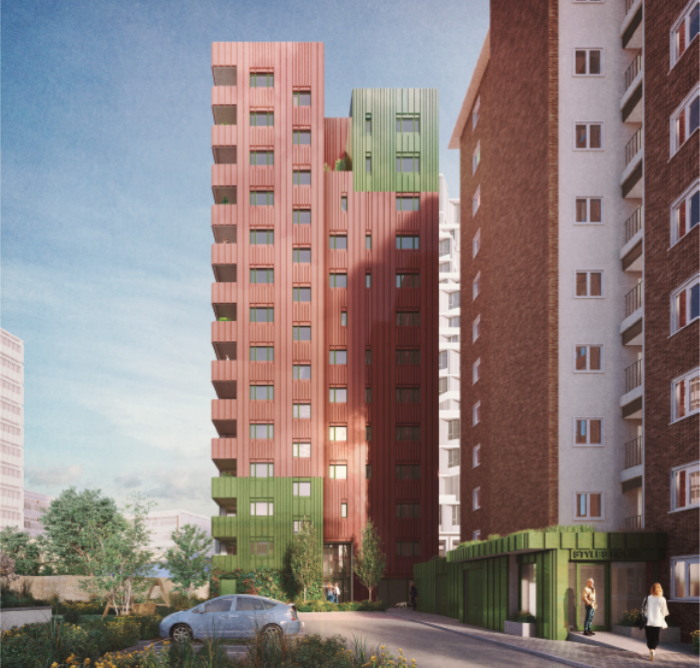 The proposed new block seen looking east from Hatfields, with Styles House on the right

The scheme was considered at a meeting of Southwark Council's planning committee held on Zoom on Monday evening.

The new 14-storey building will include 25 homes, though nine existing homes will be lost as part of the development.

Planning officer Vendela Gambil told councillors that the new council homes next to Styles House can only be built if the TfL development goes ahead, but the two planning application would be considered independently.

Ms Gambil said that the design – by Bell Phillips Architects – features terracotta cladding that will bring a "robust and distinctive character to the building".

The council's project manager Dan Taylor explained that a ballot of Styles House residents held a year ago confirmed 90 per cent support for the scheme.

Zoe Kennedy of the Styles House Tenants' Management Organisation told councillors that residents had been working on plans for new council housing on their estate since 2015, and the process had been "tortuous at times".

She explained that the scheme followed a similar model to Leathermarket CBS's Marklake Court development which is by the same architects.

Borough & Bankside councillor David Noakes said he strongly welcomed the construction of the first new council homes in the ward for many years, but had misgivings about the linked TfL office development above the tube station.

Planning committee members resolved unanimously that permission should be granted.