A popular riverside pub could gain an extra floor under plans submitted to Southwark Council by Young's & Co. 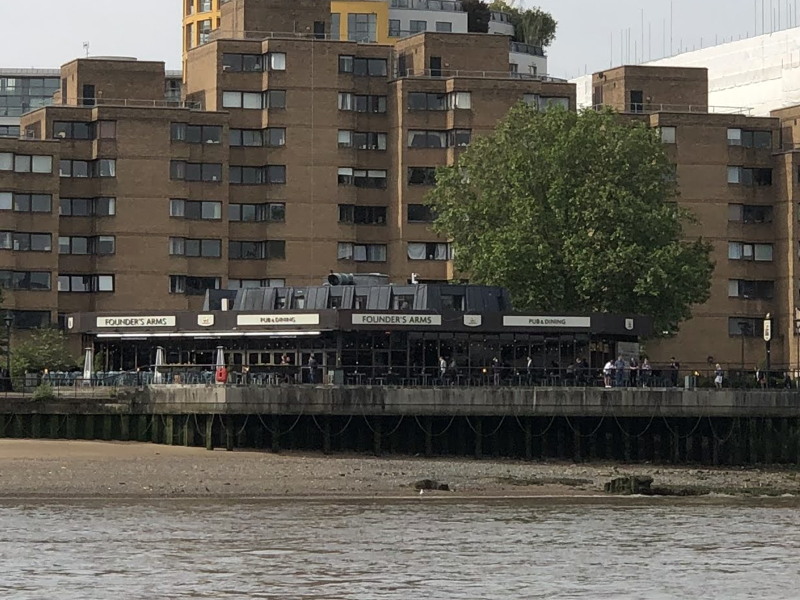 The existing Founder's Arms pub on Bankside dates from the late 1970s when it was built as part of the Falcon Point development.

It replaced a nearby Victorian pub of the same name that had been acquired by Young's in the 1950s.

Young's have submitted plans to Southwark Council to add a first floor bar and dining area to the pub which enjoys a prime location on the Thames Path between Blackfriars Bridge and Millennium Bridge, with views across to St Paul's Cathedral.

Young's says that "the Founder's Arms is a popular pub amongst both tourists and local people, with historical connections to the local area, and therefore it is important that the Founder's Arms is able to respond to demand and extend and enhance to ensure the pub can remain profitable in the future".

Young's claims that expanding the pub will create 22 new jobs in the peak summer season.

The pub owner says it has revised the proposals to take account of privacy concerns raised by Falcon Point residents.

For more details of the proposal see planning application 21/AP/0721.