A new recycling bin where residents can deposit small electrical appliances such as kettles and hairdryers has been installed outside Guy Street Park in Weston Street. 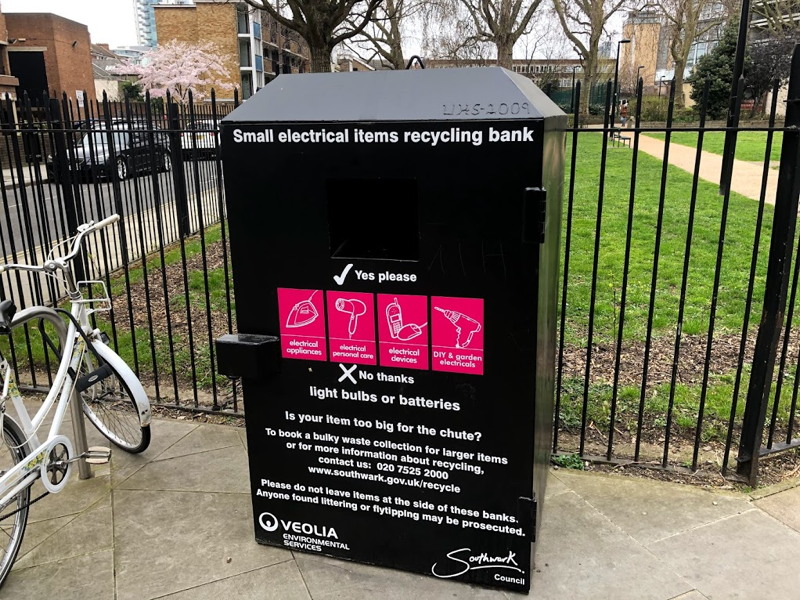 Light bulbs and batteries should not be deposited in the bins.

As well as the new bin in Bermondsey at the corner of Weston Street and Guy Street, similar facilities for electrical recycling can be found in Walworth and Rotherhithe.

Not all the locations have yet been added to the official map of recycling services on the Southwark Council website.

The same bins were introduced in neighbouring Lambeth a decade ago but the scheme proved short-lived in that borough and the council no longer offers the service.

In 2012, the bins also appeared in Southwark but again were removed before long.