A newly refurbished office building in Blackfriars Road is to be turned into a pathology laboratory for local healthcare providers including Guy's and St Thomas' hospitals. 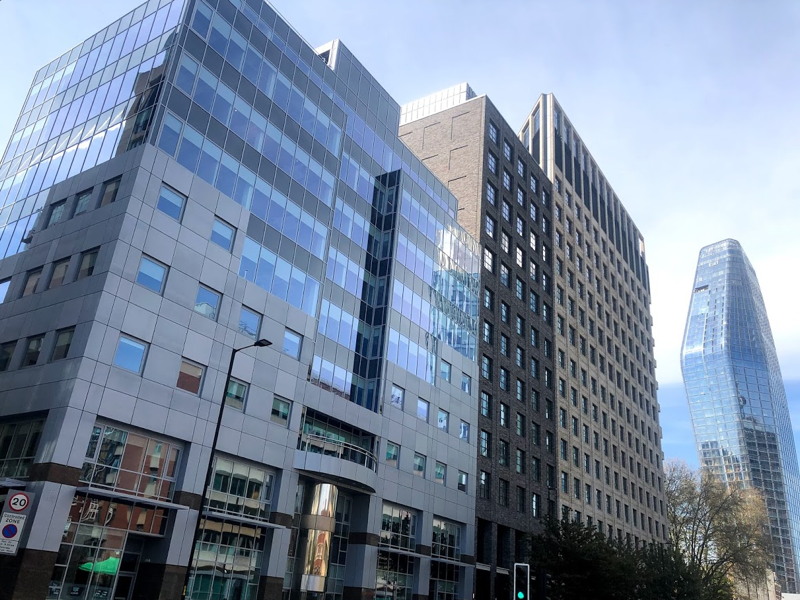 The 1980s Friars Bridge Court in Blackfriars Road was first occupied by British Rail and until recently served as the base for a number of train operating companies.

During the COVID-19 crisis Friars Bridge Court was refurbished by its former owners Kennedy Wilson Real Estate and had been due to open as a WeWork serviced office building.

The building has since changed hands with Aberdeen Standard acquiring the block in a £160 million deal.

WeWork had already installed its soft furnishings in the building's reception area. Their furniture has now been stripped out ahead of the conversion to lab use.

Synlab says that a state-of-the-art 'hub' laboratory will be developed at Friars Bridge Court for routine and some specialist testing.

On-site hospital laboratories will be turned into essential services laboratories (spokes), focusing on the rapid turnaround of urgent tests, such as those needed for A&E departments.

According to Synlab, Friars Bridge Court will become one of the largest purpose-built pathology laboratories in the UK, capable of processing around 70 per cent of all pathology activity in the region.

The Synlab partnership, which began on 1 April, replaced the previous Viapath tie-up with Serco.