Transport for London's finance boss has warned that plans to remodel Elephant & Castle Underground Station could be in jeopardy unless the Government agrees long-term funding for the capital's transport network. 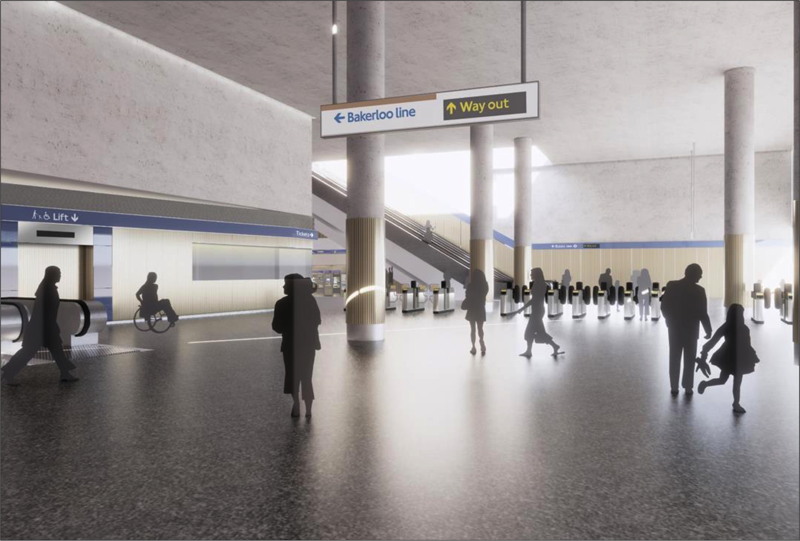 A new integrated ticket hall for the Northern and Bakerloo lines at Elephant & Castle is due to be constructed as part of the redevelopment of the Elephant & Castle Shopping Centre site, backed by funding from Delancey's shopping centre scheme and Lendlease's Elephant Park development.

Crucially, the new station will include escalators to reach the platforms in place of the existing lift access.

However – with its finances decimated by the pandemic – TfL says it will struggle to commit to its share of the cost unless a long-term deal with central Government is struck.

"If we continue to get a succession of short-term deals, some really strategic and important investments like the Elephant & Castle station redevelopment will simply become extremely difficult for TfL to take forward," he said.

"It's a significant multi-year commitment with a huge amount of money being put forward by the developers and borough to help support this scheme.

"It is the right scheme to do – but unless we get that long-term certainty of funding, we are going to really struggle to be able to support these great schemes which are really important for delivering housing and regeneration in that part of London."

Papers for Wednesday's meeting show that "the TfL element of the cost is partially unfunded potentially jeopardising the project".

"Discussions are ongoing between TfL, the developer and key stakeholders to agree a means of deferring TfL funding until that becomes available, whilst allowing the project to proceed in the meantime."

The TfL documents also say: "We continue to develop plans for early enabling works in order to take advantage of the temporary closure of the Northern line Bank branch. Tunnelling works to connect with the existing Northern Line platforms are due to commence once the station box has been handed over by the developer in 2024.

"In parallel, the team continue to identify cost reduction opportunities, in addition to logistical planning. This is reliant on funding confirmation.

"The developer continues with the demolition of the existing Elephant & Castle Shopping Centre and has now reached the point of connection with the adjacent National Rail station."

The estimated final cost of the rebuilt Elephant & Castle station has been redacted from the TfL public papers due to "commercial sensitivity".

If the scheme goes ahead, the new station entrance could be ready by the end of the decade.