People who live and work in Waterloo are being invited to share their ideas for improvements to Emma Cons Gardens, the open space at the corner of Waterloo Road and The Cut. 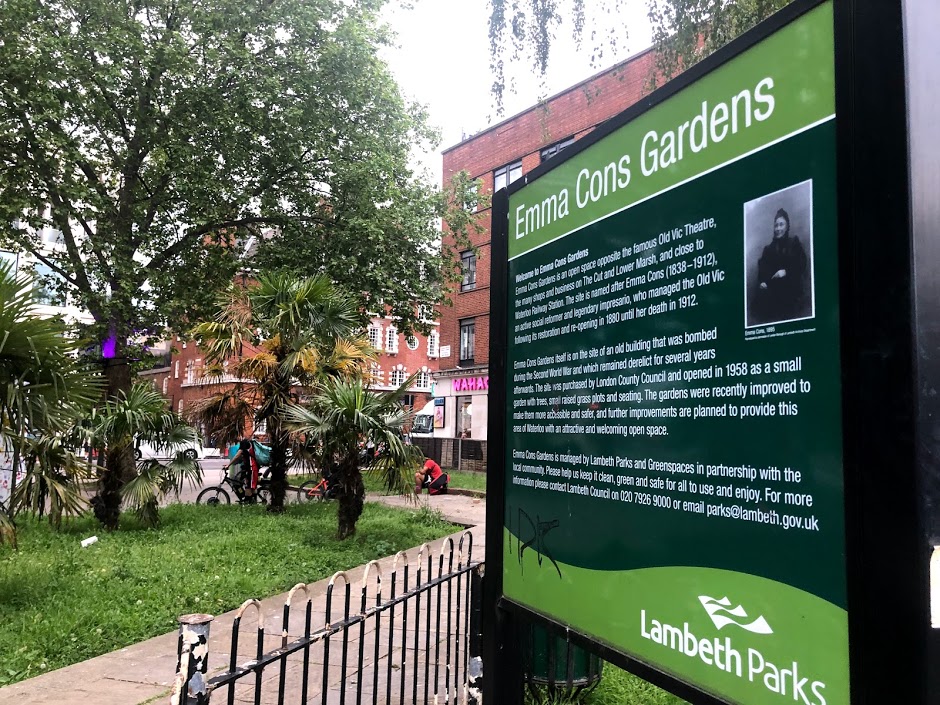 The small garden was created in 1958 on a site that had been bombed during World War II.

Several plans to improve Emma Cons Gardens have been proposed in recent years but none has come to fruition.

Now a group of community organisations and Lambeth Council have formed a steering group to come up with new designs for the square, which would be funded through contributions from local developments.

Residents, workers and visitors are being asked what they would like the space to be like in the future. The feedback will be passed on to a design team who will work with the steering group to create draft designs for the gardens.

"Redesigning Emma Cons Gardens, at the intersection of two of the main proposed Greenways, is a great opportunity to make a positive change. We are looking forward to hearing people's views on what the redesign should be like."

Harrie Notton from WeAreWaterloo BID said: "This space is really central to the area. The Cut, Lower Marsh and Waterloo Road are key streets in Waterloo for shops, cafes, restaurants and cultural institutions. Emma Cons Gardens connects them all.

"We're really looking forward to seeing what people have to say about the future design, and seeing a space develop that works for residents and visitors as well as the 10,000 staff in Waterloo."

The Old Vic's Liz Sillett added: "Emma Cons Gardens is very important to The Old Vic and a vital public space for the local and visiting communities.

"Our 203-year-old theatre looks out directly over the gardens and it is used by our staff, visitors and audiences.

"The gardens are named after The Old Vic's founder, Emma Cons, and we are really keen to see a community-led design to make it welcoming and fit-for-purpose. We are excited to see the outcome of this process."

CarverHaggard Architects and The means, a small local placemaking organisation, have been appointed by the steering group to lead on the consultation which runs until at least mid-July.

For further details of the consultation see www.emmacons.co.uk