An alleyway at the Elephant & Castle was cordoned off by police on Saturday whilst a forensic examination took place after a man was injured in the early hours of the morning. 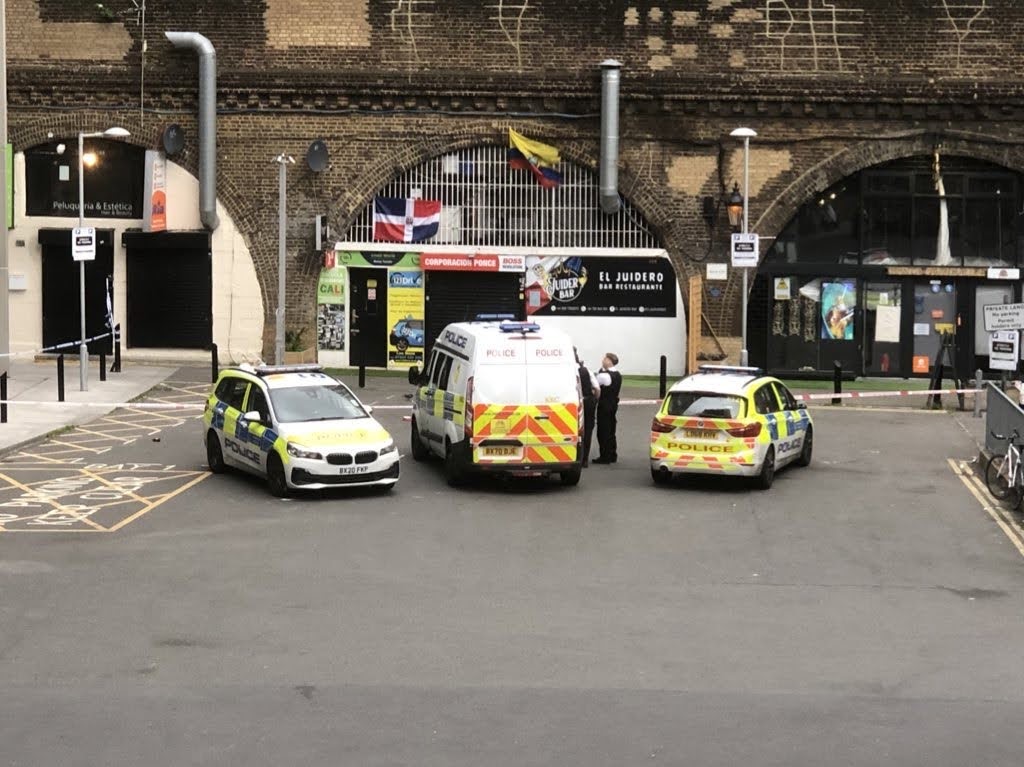 Police taped off Maldonado Walk (also known as Eagle Yard) which runs down the west side of the railway viaduct between the Strata tower on Walworth Road and Crossway Christian Centre on Hampton Street.

A spokesman for the Met told us: "Police were called at around 2.30am on Saturday 10 July to an injured man in the area of Elephant & Castle. It is thought the man had been struck with a bottle.

"The man was treated at hospital and discharged.

"Three males were arrested in connection with the incident. They remain in custody.

"Enquiries continue to establish the circumstances."

Nine hours after the incident the area remained cordoned off by police and crime scene examiners wearing protective clothing were working at the scene.

The police cordon appeared to be centred on El Rincµn Costeþo, an Ecaudorian restaurant and bar in one of the railway arches on Maldonado Walk.