The Northern line ticket hall at Elephant & Castle tube station is closed until further notice after demolition workers on the adjacent shopping centre site accidentally knocked through into the station. 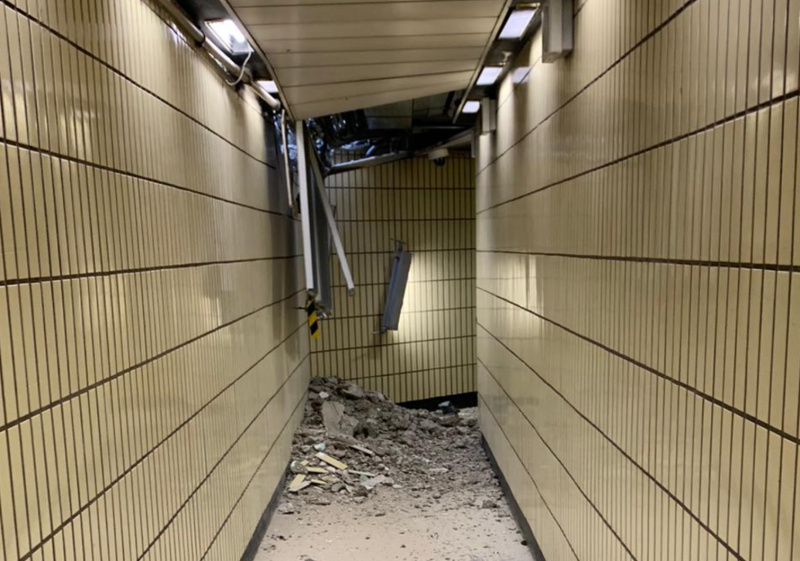 Damage to the passageway inside the tube station 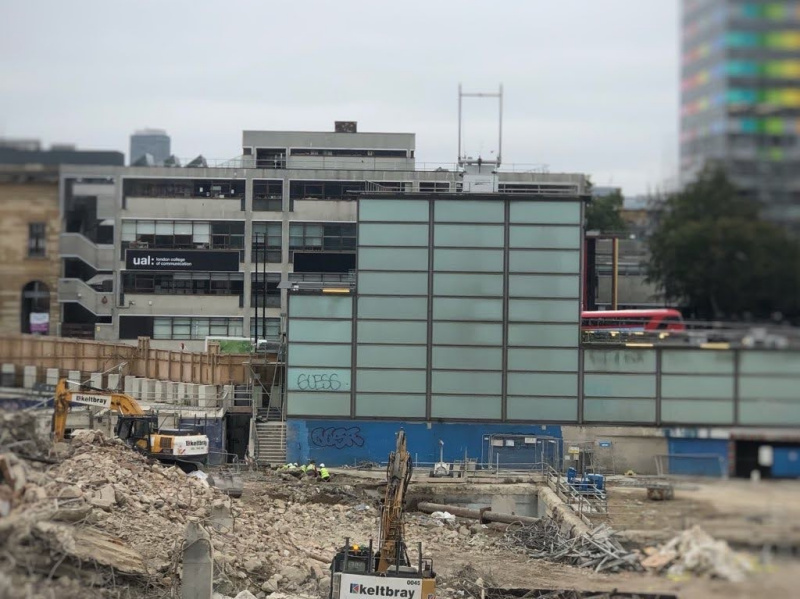 Rubble fell into the passageway linking the top of the emergency spiral stairs with the ticket hall on Saturday morning, triggering an evacuation of the station.

Whilst passengers were allowed to use the station entrance to reach the lifts later on Saturday, the ticket hall has since been closed again.

The incident came on the same day that the local community marked the first anniversary of the closure of the Elephant & Castle Shopping Centre.

A TfL spokeswoman said: "The Northern and Bakerloo lines are serving Elephant & Castle tube station as usual but Northern line customers are advised to enter/exit the station via the Bakerloo line entrance until further notice.

"This follows an incident on Saturday (25 September) where a small section of ceiling in a passageway leading to the emergency staircase came down. No-one was hurt.

"We are currently investigating the cause of this incident which is linked to the demolition works taking place on a site adjacent to the station."

In a statement, the Elephant & Castle Town Centre developers told the SE1 website: "We are aware that during site work undertaken by Keltbray on Saturday 25 September, minor damage was caused to the Northern line access tunnel at Elephant & Castle underground station.

"Keltbray are working closely with LUL to allow the completion of repair works required."

As part of the redevelopment of the shopping centre site a new tube station entrance is due to be constructed, with escalators replacing the existing lift access.

Earlier this month Mayor of London Sadiq Khan warned that funding to complete the works still hasn't been confirmed.

Responding to a question from Conservative London Assembly member Keith Prince, Mr Khan said: "While funding has been agreed for the construction of a new subterranean station box and tunnels to connect this to the existing Northern line platforms, funding for the fit out and opening of the station will be subject to Transport for London's longer term funding position.

"The developer has commenced demolition works, and its construction programme for the development and station box is expected to start later this year once its planning consent process is completed and a development (interface) agreement is in place with TfL."