Gambia Street Garden has been given the name Marion's Way in memory of community activist Marion Marples. 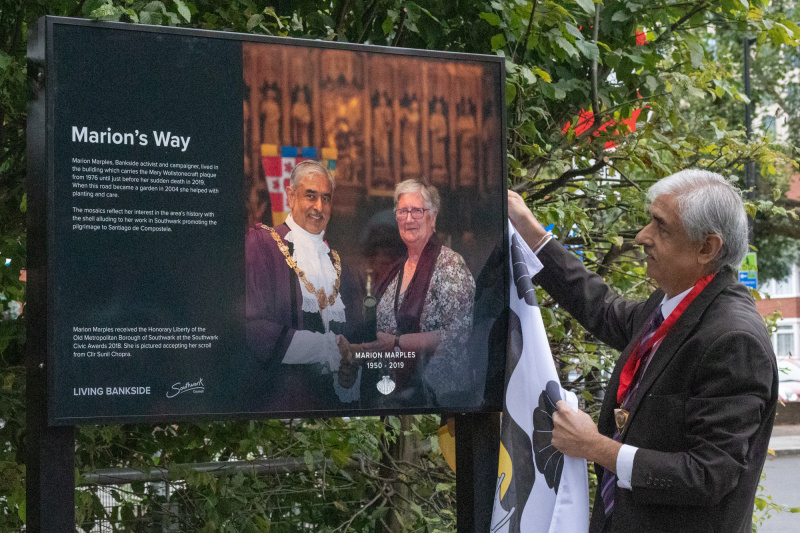 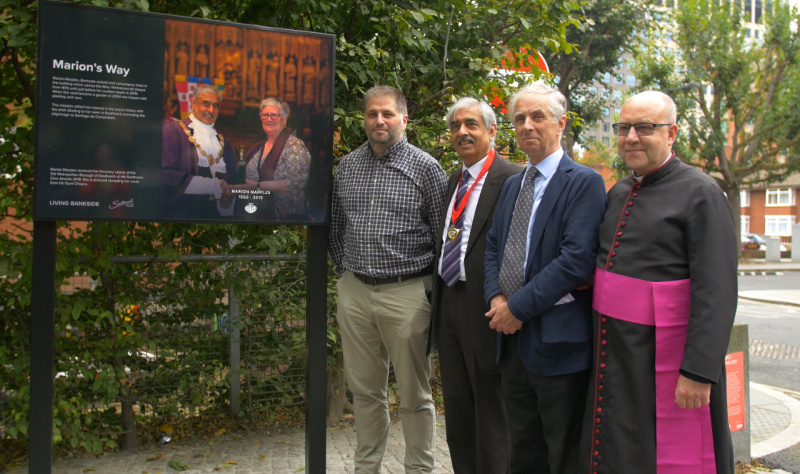 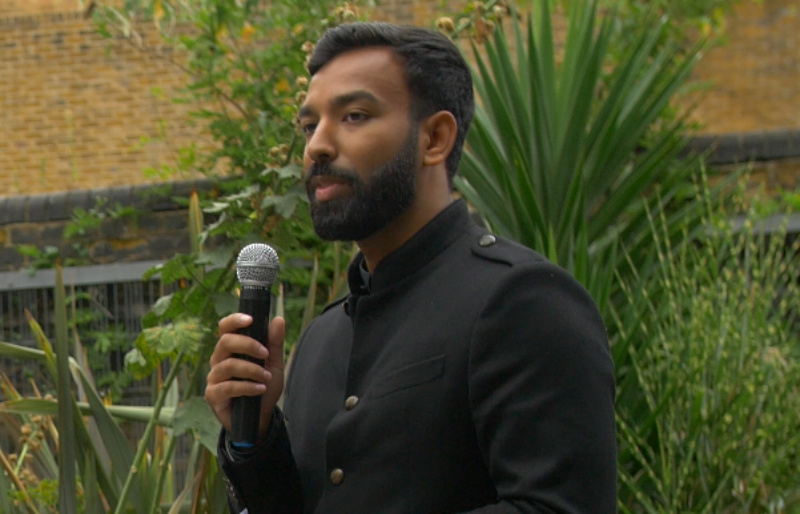 Amir Eden, executive chair of Living Bankside, led the project to give the name Marion's Way to Gambia Street Garden

The garden was created 20 years ago when the northern section of Gambia Street between Dolben Street and Scoresby Street was closed to traffic.

Local group Living Bankside (formerly the Bankside Residents' Forum) led the renaming of the garden in memory of the organisation's vice chair Marion Marples who died in April 2019.

Marion was also a co-proprietor of the SE1 website and involved in many local causes and projects, including care of the Gambia Street Garden.

The garden was given its new name at a ceremony attended by many local people as well as members of Marion's family and representatives of groups and organisations she had belonged to.

The garden was blessed by the Dean of Southwark, the Very Revd Andrew Nunn. Marion had been a pastoral auxiliary attached to Southwark Cathedral.

A 'Marion's Way' sign was unveiled by Cllr Sunil Chopra, Deputy Mayor of Southwark. The signboard includes an image of Marion receiving the Honorary Liberty of the Old Metropolitan Borough of Southwark from Cllr Chopra at the civic awards ceremony in 2019.

Amir Eden, executive chair of Living Bankside, said he was "delighted to be able to honour my dear friend Marion Marples in this way".

He added: "Marion was such a wonderful woman who dedicated so much of her life to Bankside and Southwark.

"Living Bankside is proud to continue Marion's legacy by protecting and growing her contributions.

"I hope people can take inspiration from her to make a positive difference in their neighbourhoods."

Marion's husband Leigh Hatts said: "Marion would never have imagined such a tribute for herself.

"The ceremony brought together many strands of her life and a quiet demonstration of affection from friends and colleagues in the Bankside and SE1 community."

Her son James Hatts added: "We were especially pleased that Cllr Sunil Chopra, this year's Deputy Mayor of Southwark, was able to perform the unveiling.

"Mum had fond memories of Cllr Chopra's support for the Robes Project winter night shelter – a cause close to her heart – during his year as Mayor of Southwark in 2014-15."

Music at the ceremony was provided by the Confraternity of St James choir, musicians from Christ Church East Dulwich and the Borough Welsh Choir.

Refreshments were provided by the Hilton London Bankside hotel, whose staff had taken part in gardening sessions at Gambia Street that Marion had arranged.

The words 'Marion's Way' are also incorporated into a mural on the side of the Mar i Terra restaurant painted earlier this summer by Blk Moody Boi as part of Tate Modern's Beyond Boundaries project.