The designs for hoardings around the Elephant & Castle Shopping Centre site have been updated to remove optical illusions after concerns were raised about the impact on "people with neurodiverse conditions". 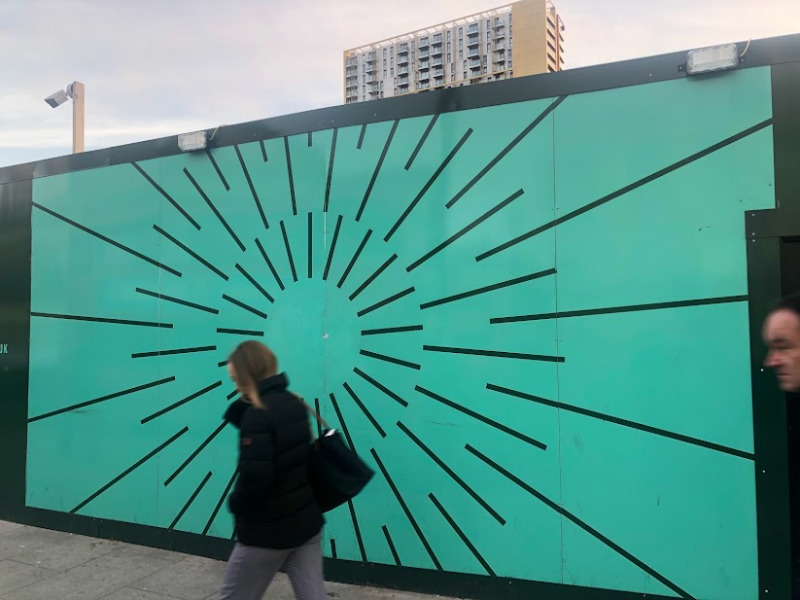 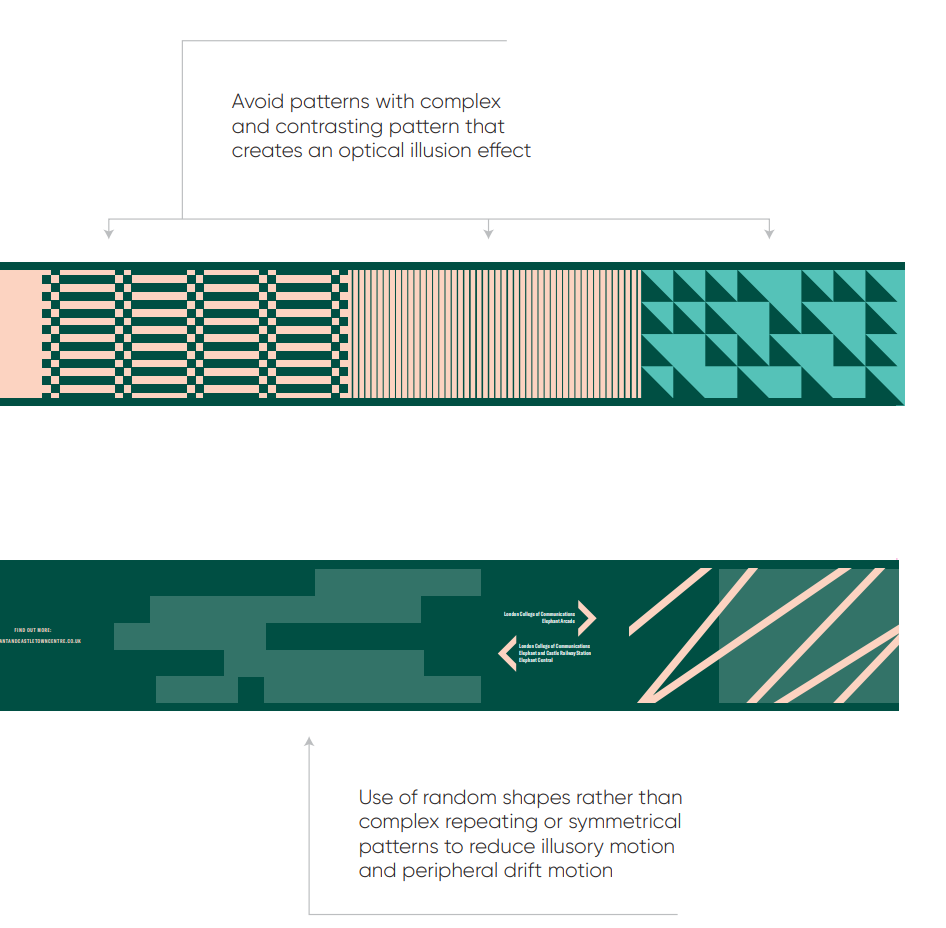 Plans for the revised hoarding design – drawn up by the Cyon agency – have been submitted to Southwark Council on behalf of developers Delancey.

In their application for advertisement consent, Cyon say that "based on feedback of existing hoarding, [the new design will] address concerns around the visual effects of the colours and patterns used which can have an impact on people with neurodiverse conditions".

Cyon say that in their updated designs they will "avoid patterns with complex and contrasting pattern [sic] that creates an optical illusion effect" and make "use of random shapes rather than complex repeating or symmetrical patterns to reduce illusory motion and peripheral drift motion".

The colour scheme is also being made lighter to be "easier on the eye".

The new design will be used to surround the recently constructed 'pit lane' between the Michael Faraday Memorial and the Northern line tube ticket hall.

There is no suggestion in the application that the existing hoarding around the former shopping centre site will be altered.