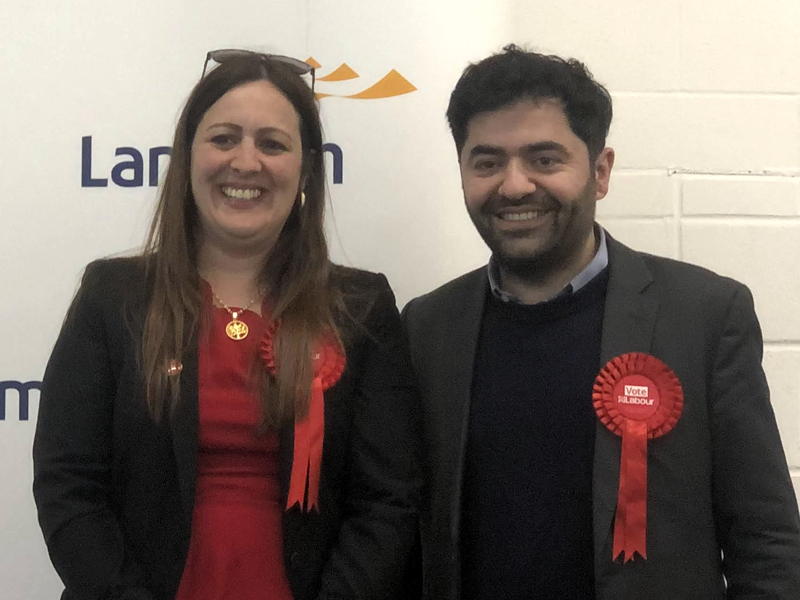 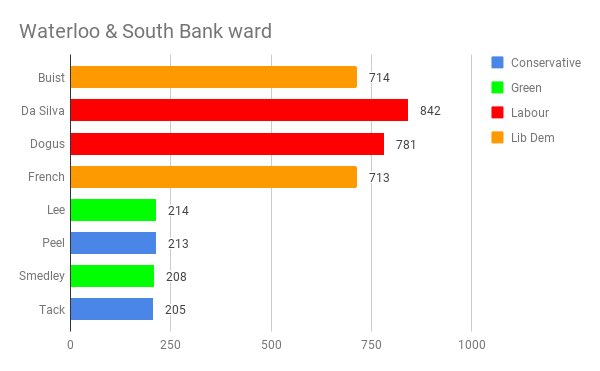 These were the first elections to be fought on the redrawn Lambeth ward boundaries, with the former three-member Bishop's ward largely replaced by the new Waterloo & South Bank ward with just two councillors.

Incumbent councillor Ibrahim Dogus – a South Bank restaurateur – has been joined at the town hall by a new Labour colleague, Sarina Da Silva, who works for the locally-based Oasis charity.

There were only 67 votes between the second-placed Labour candidate and the third-placed Liberal Democrat candidate, meaning that Waterloo is likely to be a major target for the Lib Dems at the 2026 borough elections.

A small number of SE1 addresses on Albert Embankment fall within the new Vauxhall ward which elected three Labour councillors.

Elsewhere in Lambeth, the Lib Dems won three seats on the council after eight years with no presence at the town hall. The Green Party has lost its status as the main opposition group by dropping down from five seats to two, and the Conservatives lost their final council seat.