Southwark mayor Cllr Sunil Chopra this week presided at the unveiling of a new sundial on The Queen's Walk alongside Potters Fields Park. 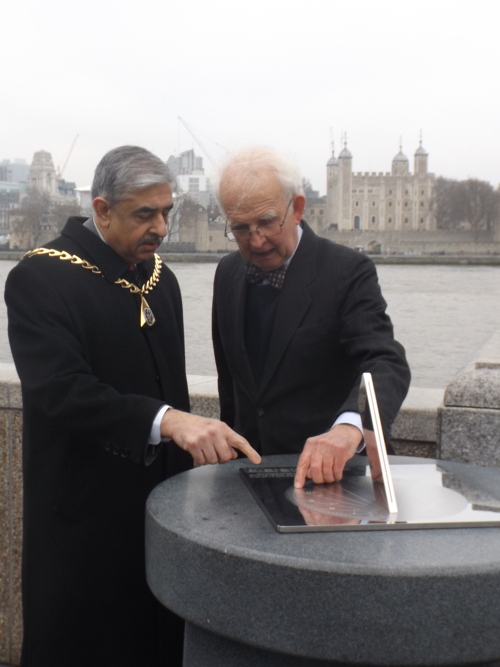 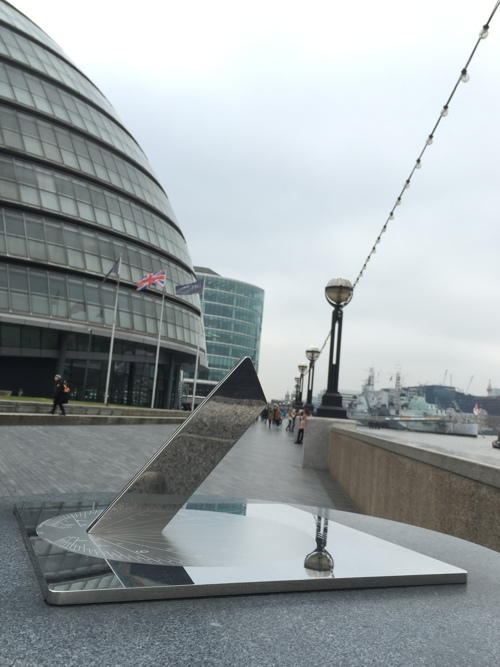 The sundial is the brainchild of Piers Nicholson who noticed that there were two plain concrete plinths for water taps on this section of the Thames Path and suggested to the managers of the More London estate that one of them could be disguised as a sundial.

The privately funded project has been carried out in memory of Piers's late father Max Nicholson who has two important links with this part of Southwark.

Max Nicholson founded the William Curtis Ecological Park which occupied part of what is now More London in the late 1970s and early 1980s.

He also initiated the Jubilee Walkway through London which was opened in the Queen's Silver Jubilee year of 1977.