Police appeal for witnesses to fatal collision at Elephant & Castle

Detectives investigating a collision at Elephant & Castle on Friday which left an 86-year-old woman dead have launched a fresh appeal for witnesses to come forward. 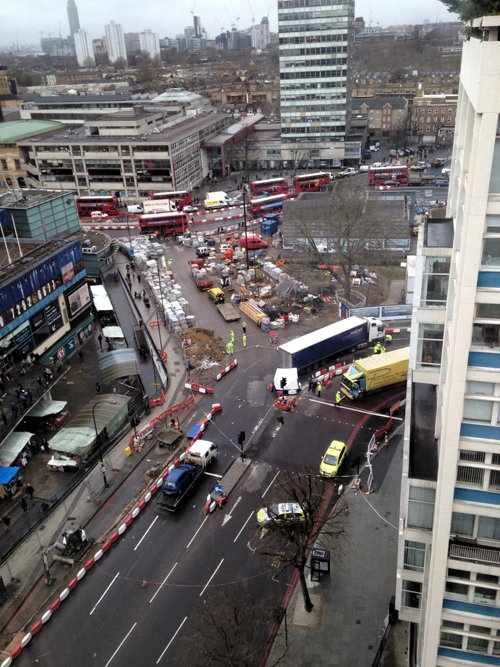 Police and the London Air Ambulance were called to the western end of New Kent Road, close to Elephant & Castle Shopping Centre, on Friday lunchtime to reports of a collision involving a lorry and a pedestrian.

The pedestrian – an 86-year-old woman – was pronounced dead at the scene.

Her next of kin have been informed but police have not yet released her name.

A post-mortem examination will take place on Tuesday at St Thomas Hospital.

The driver of the lorry – a 52-year-old man – stopped at the scene and was arrested on suspicion of causing death by dangerous driving. He has since been released on bail until early May pending further inquiries by the police.

Detectives are appealing for anyone who may have witnessed the incident or the events leading up to the collision to come forward.

Anyone with information is asked to contact the serious collision investigation unit at Catford on 020 8285 1574 or Crimestoppers anonymously on 0800 555 111.