The Government has upgraded the listed status of the war memorial in Borough High Street on the recommendation of Historic England. 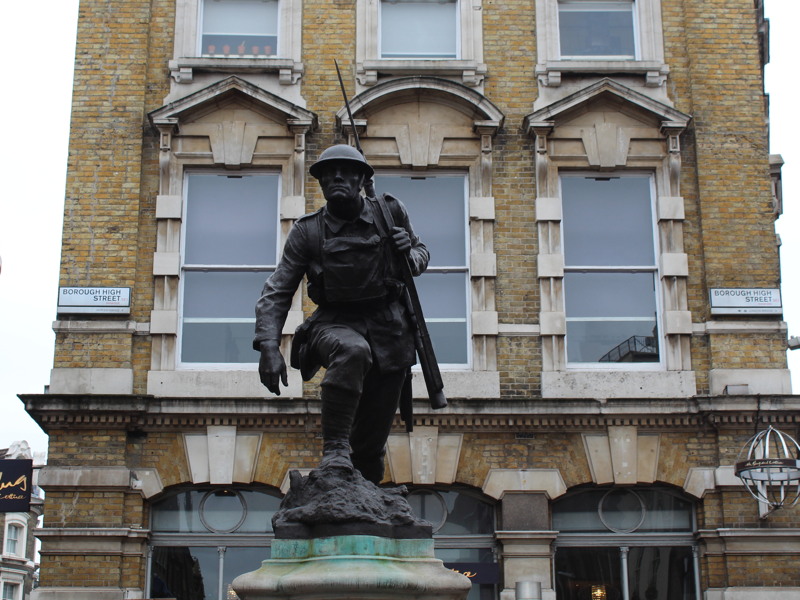 The St Saviour's War Memorial in Borough High Street was first given listed status 20 years ago at grade II.

Now – as part of a nationwide review of war memorials to coincide with the centenary of the First World War – it has been upgraded to grade II• which means it is deemed to be 'of more than special interest' in historical and architectural terms.

The war memorial – paid for by public subscription – was unveiled in 1922 and is accompanied by a tablet in the Lady Chapel at Southwark Catheral where the names of the 334 fallen soldiers from the parish of St Saviour's are recorded.

In the newly updated and expanded list entry, Historic England describes the memorial by Philip Lindsey Clark as "an eloquent witness to the tragic impact of world events on the local community, and the sacrifices it made in the First World War".

The piece is described as "a well-executed war memorial of striking composition using high quality materials and demonstrating excellent craftsmanship", noting that by including a bronze relief of an air combat scene, Clark "demonstrates the growing importance of the use of aviation in combat in the First World War".

The decision to upgrade the memorial's status has been welcomed by local politicians who worked to ensure that it was restored.

"We are delighted that this important memorial has been elevated to grade II• listed status, and recognised for its bronze reliefs of 'exceptional quality', said Cathedrals ward councillor Cllr Adele Morris.

"Cathedrals ward councillors made funding available for its restoration in 2014, after a plaque fell off and became damaged in 2011.

"We hope that the council will ensure it has even greater protection from harm now its listing has been upgraded."