Network Rail chairman Sir Peter Hendy predicted three years ago that the new Thameslink rail timetable introduced last month was "implausible" and would have to be cut back. 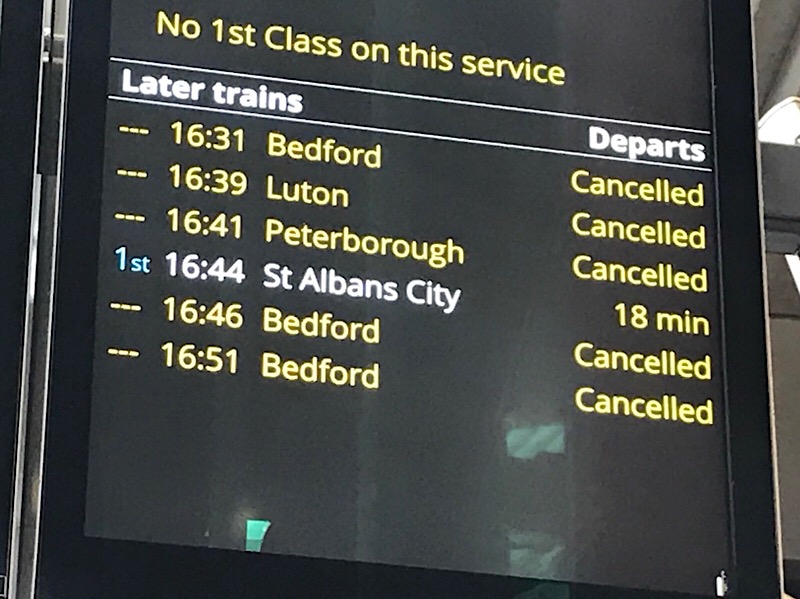 Passengers on the Thameslink network have been plagued by delays and mass cancellations of train services since a massive shakeup of the timetable last month.

Dubbed 'Railplan 2020', the new timetable is the culmination of the massive project originally known as Thameslink 2000 to transform north-south rail links across London.

Under the new timetable, the previous Thameslink network focussed on the Bedford to Brighton line has been expanded to include trains to Cambridge and Peterborough in the north, as well as Horsham, Rainham and other new destinations in the south.

The new timetable has been made possible by the rebuilding of London Bridge Station and Blackfriars Station and the new railway viaduct above Borough Market.

Many of Thameslink's current problems are linked to driver training, but the logistics of putting up to 24 trains an hour through the central section of the route between Blackfriars and St Pancras International were always going to be challenging.

Three years ago Sir Peter Hendy – then commissioner of Transport for London but now chair of Network Rail – gave a candid assessment of the rail industry's plans for the expanded service.

Facing the London Assembly's transport committee in February 2015, Sir Peter was asked about the then current problems experienced by passengers at London Bridge during the rebuilding of that station.

In response, he voiced fears that the proposed Thameslink service was overly complex and would have to be pared back.

"The other thing that people might have to get used to is that you cannot have trains to everywhere," Sir Peter told the City Hall meeting.

"Part of the problem with these services is this massive multiplicity of destinations.

"If you look at Thameslink – and this is a criticism of the way it has been franchised that I am very happy to put in the public arena – when the whole thing is finished, that train service is going to run from King's Lynn to Eastbourne and from Peterborough to all sorts of south coast destinations.

"I would not like to run that at a very high frequency through central London. That is an implausible suggestion.

"Actually, Crossrail is going to be quite complex. It has three ends, two of which are on the national railway network, but it does not have 17 ends and if it did I would not give any chance to it running reliably through central London.

"My strong feeling is that Thameslink will have to go on as it does because the contract has been let, but I bet the next one is Bedford to Gatwick Airport.

"I bet it does not go to Eastbourne and Brighton and King's Lynn and the Wind in the Willows because it is just implausible to get all that lot to work properly in central London."

Despite his 2015 comments, Sir Peter this week told ITV News that he might have to step down from his post over the recent disruption on Thameslink and Northern rail services.