A commemorative paving stone marking the location of the world's first modern circus building has been unveiled in the gardens of St Thomas' Hospital. 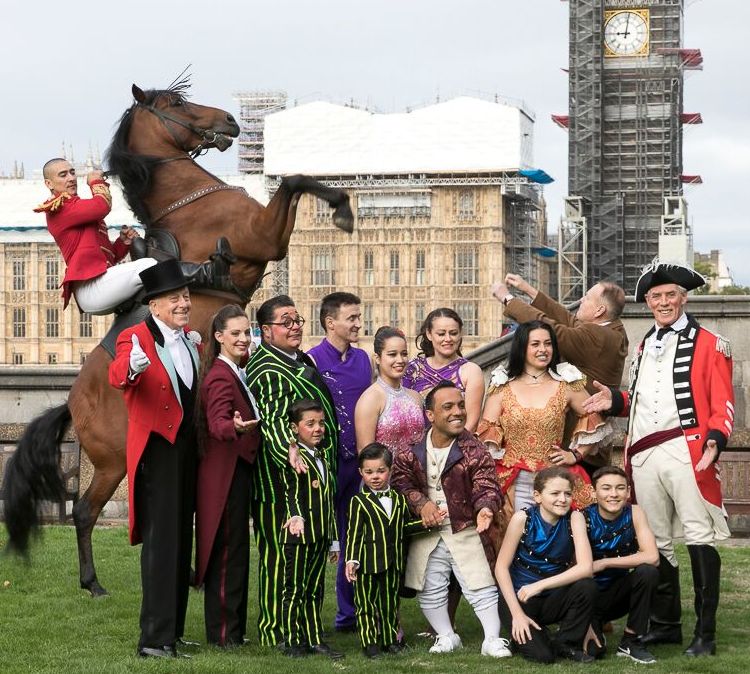 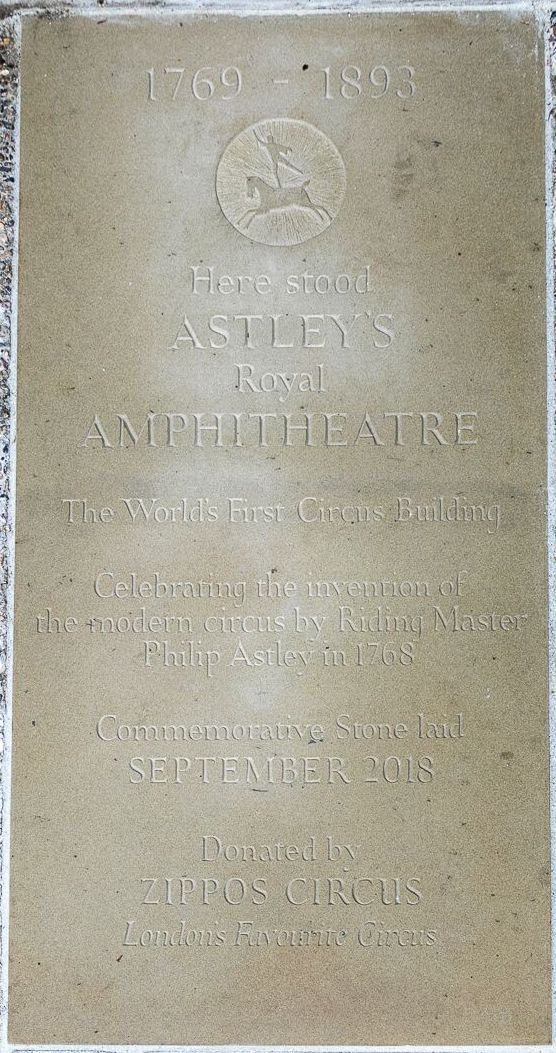 2018 marks the 250th anniversary of the first performance in Lambeth by Philip Astley, widely regarded as the father of modern circus.

On Easter Monday this year a plaque was unveiled in Cornwall Road, near the site of that first show.

In 1769 the Astleys moved their base to a former timber yard on the southern approach to Westminster Bridge where they established Astley's Amphitheatre, a venue which endured until 1893.

The Amphitheatre was the world's first circus building, yet no permanent commemoration has previously been made.

On 14 September the founder and director of Zippo's Circus Martin Burton brought a group of his performers to the site of Astley's venue.

The group included a circus horse and its Cossack rider Tamik Khadikov with his wife Helena as well as ringmaster Norman Barrett MBE, musical clowns Totti and Charlotte Alexis and their sons Charlie and Maxim, aerialists Vickki and Pablo Garcia and their sons Antonio and Connor, hand-balancer Melissa and clown Paulo Dos Santos.

Martin 'Zippo' Burton said: "We thank St Thomas' Hospital for their enthusiastic cooperation in our plans.

"We are delighted to honour the tradition of circus and Philip Astley's legacy. Circus has evolved but its core skills and ability to delight audiences of all ages haven't changed.

"I believe circus will still be hugely popular in another 250 years."