The Body Shop to move headquarters to Tooley Street

Cosmetics chain The Body Shop is to relocate its headquarters to Tooley Street, moving in to the terrace of buildings vacated last year by Red Bull Studios. 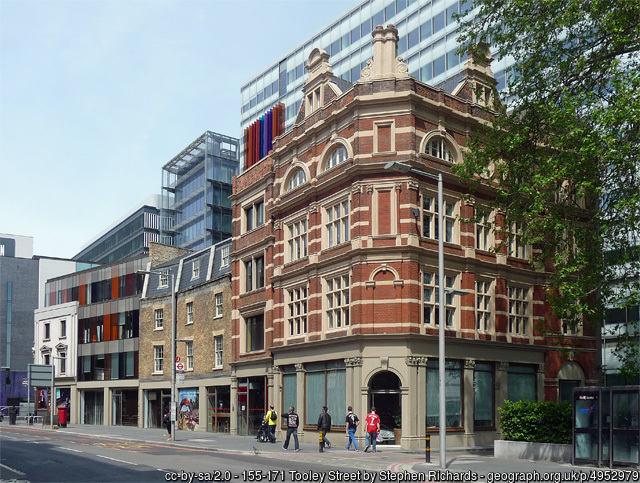 The Body Shop is no stranger to London Bridge: until three years ago the firm occupied offices at New City Court in St Thomas Street, before upping sticks to Croydon in 2016.

Faced with scepticism from staff about swapping the centre of the capital for less glamorous surroundings further south, The Body Shop hired a creative agency which devised a campaign – straplined Moving to Croydon. Surprisingly Awesome. – to assuage their fears.

After the move to Croydon, Body Shop bosses complained that unreliable Southern trains were causing problems for staff with childcare arrangements and other commitments.

The company's new London home will be the historic terrace in Tooley Street restored and extended a decade ago as part of the More London development and bookended by the former St John's Tavern and Antigallican pubs.

Given the derivation of the Antigallican's name, it's probably just as well that The Body Shop is no longer owned by L'Oreal – based in Southwark's French twin town of Clichy – but by Brazilian cosmetics company Natura.

The firm's planning application to Southwark Council describes "the linear frontage to Tooley Street becoming a 'window to the world' for The Body Shop".

"The proposal would activate the Tooley Street frontage by removing a number of currently backfilled windows and doors and allowing views through into the space beyond, proposed as co-working/studio space.

"The creation of a 'mock retail unit' (exhibition space) in the centre of the terrace would allow views of product displays, product launches and activity from the street."

We asked The Body Shop to confirm details of how the new SE1 HQ would affect staff currently based at the Croydon and Littlehampton offices, but the firm did not reply to our request for comment.