Lambeth Council has felled the three silver birch trees outside the Waterloo Action Centre which won a temporary reprieve from the axe before last year's local elections. 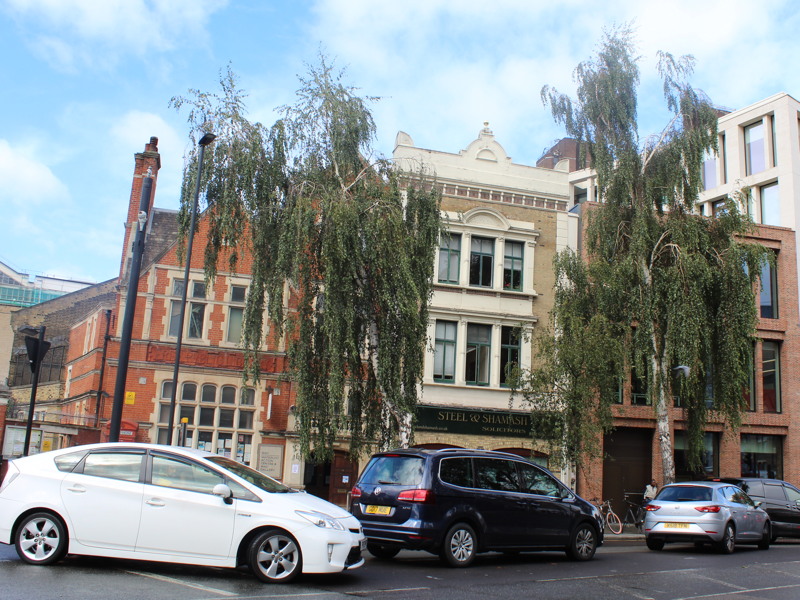 The trees pictured in autumn 2018 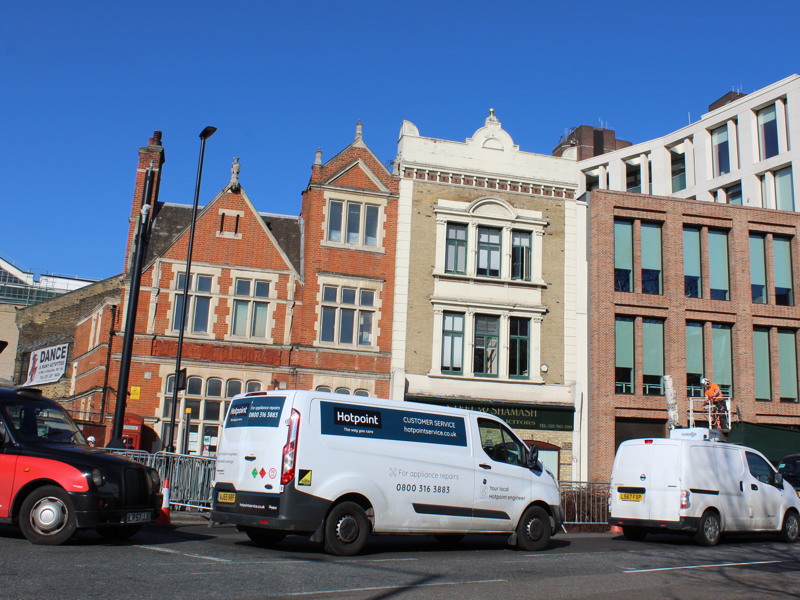 The same view on Friday morning after the trees were felled 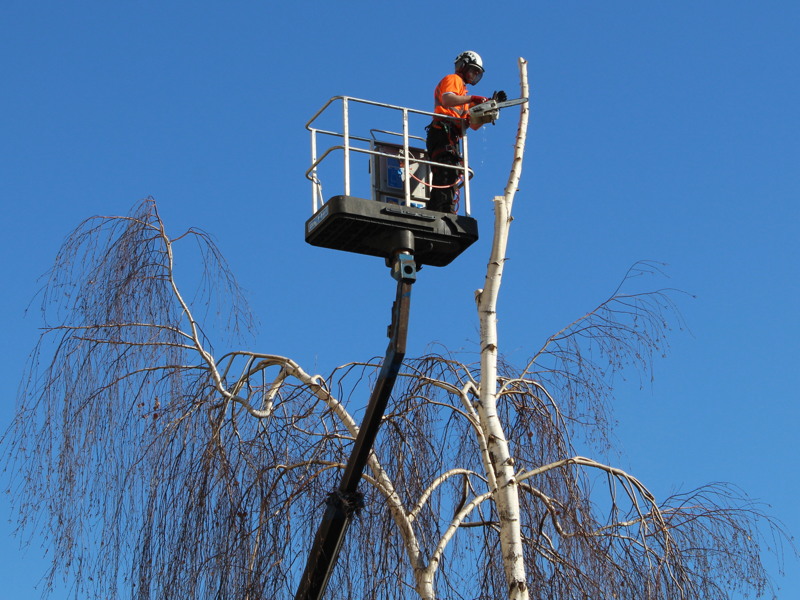 We reported in April last year that Lambeth planned to chop down the three trees as part of a scheme to create a segregated cycle lane.

The Ł130,000 scheme to improve the Baylis Road / Waterloo Road junction is part of Transport for London's Quietway 5 route which will eventually run from Waterloo to Norbury.

However – after news of the threat to the trees caused a local outcry – work on the project was halted just days before the council elections last May.

Last month Cllr Ibrahim Dogus formally presented a petition gathered by Waterloo Action Centre – signed by 700 people – at a meeting of Lambeth Council, urging the authority not to chop down the trees.

This week the council responded to the petitioners, confirming that all three trees would face removal.

Workers with chainsaws arrived in Baylis Road on Friday morning.

"Lambeth Council has a policy of only felling a tree as last resort," said Cllr Claire Holland, cabinet member for environment and clean air.

"Of the three at the eastern end of Baylis Road, independent tree specialists have recommended that the one nearest Spur Road should be felled due to its deteriorating health.

"Accordingly, irrespective of any proposed highway improvements this tree will need to felled in the near future.

"This will leave two trees that are less than four metres apart. This proximity means that both trees are competing for the same water and nutrients in the ground. This competition is why the smaller tree has barely grown in the last 7 years and is considerably smaller than a silver birch of this age should be.

"In time, this competition is likely to lead to the water demand of the larger tree causing the smaller tree to die. Whilst it is not possible to estimate when this will be, we did take this eventuality into account when looking at ways to make cycling on Baylis Road safer when approaching the junction with Waterloo Road.

"The high number of cyclists going straight ahead combined with the high number of motor vehicles turning left means that to make the junction safer, the two traffic streams have to be separated with each having their own 'green' time.

"Our designers looked at many road realignments that could achieve this while retaining the two trees but none met the minimum safety criteria in terms of lane width and footway width.

"This left the council with the choice of whether to fell the trees and improve road safety or retain the trees and accept the hazard that we believe has contributed to five cyclists being injured at this junction in the five years ending 31 May 2018.

"The council recognises the importance of ensuring there is no overall loss in the number of trees in the area and has a policy of planting at least one new tree to replace any we fell as a result of highway improvements.

"So following consultation with the council's arboricultural officer, the junction improvements include planting six new trees in the immediate area, thereby doubling the number of trees at this end of Baylis Road.

"We have ordered the largest trees that our contractor can plant and proposed tree locations are being checked against ground surveys which show existing underground utilities, and the council's arboricultural officer is in the process of selecting the species most suitable for each."