Advertisements for foods with a high fat, salt or sugar content - and alcoholic drinks - will be banned from billboard sites owned by Southwark Council after a decision by the borough's cabinet on Tuesday. 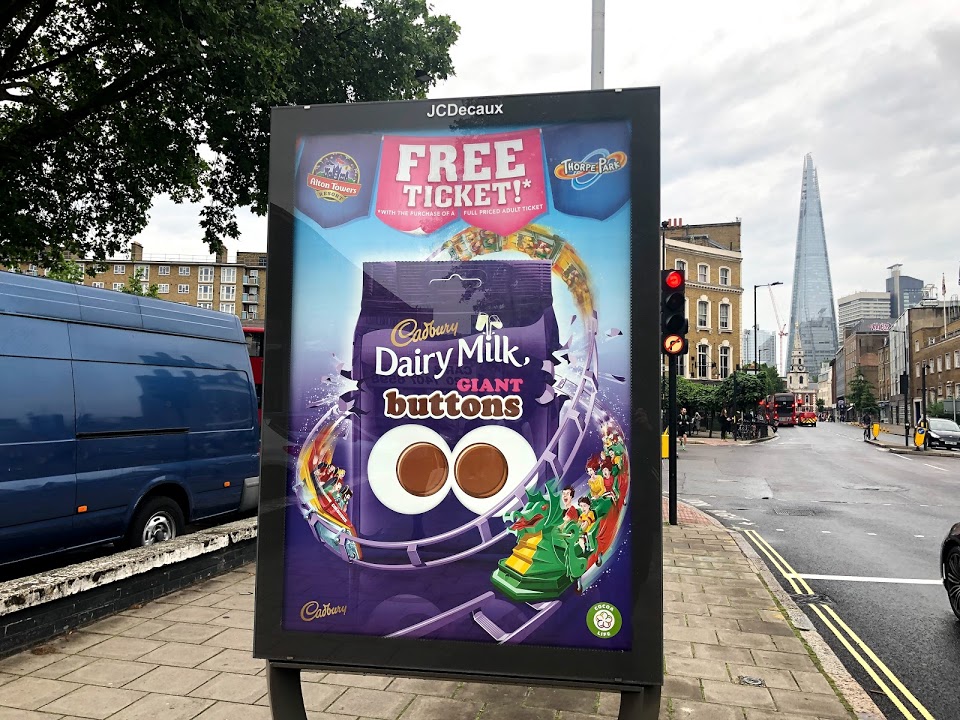 Southwark's new advertising policy closely mirrors the one adopted by Transport for London earlier this year.

The council owns five large hoarding sites across the borough, including billboards in Tower Bridge Road and Old Kent Road.

The new policy will also apply to the roadside electronic displays such as those found in Waterloo Road, Newington Causeway and Borough Road, as well as to the sponsorship branding on the Strawberry smart benches.

The council says it can't yet quantify the financial impact of the policy change on the Ł265,000 annual revenue it generates from such advertising opportunities.

"As one of the boroughs with increasing child obesity rates, I want to tackle this head-on by making the healthier choice the easier choice for everyone," said Cllr Evelyn Akoto, cabinet member for community safety and public health.

"I want to reduce unhealthy food advertising and at the same time encourage children and young people and families and carers to buy healthier options as well as cook more healthily. I am not banning food and drink brands nor the advertising by restaurants and takeaways.

"The banning of the advertising of unhealthy products will support my commitment to create a healthier Southwark."

Southwark's new policy will take effect whenever new contracts are negotiated with advertising firms, although ad companies will be encouraged to comply voluntarily in the meantime.

Mayor of London Sadiq Khan has been pressed by Conservative London Assembly members about the impact of the ban on advertising high fat, salt and sugar foods on the capital's transport network.

Mr Khan has been forced repeatedly to deny that adverts featuring strawberries and cream would fall foul of the ban.

The Mayor will this week face further questioning at City Hall about the cost to date of the junk food ban.