The 30th anniversary of the Marchioness disaster was marked on Monday and Tuesday with special events on Bankside and at Southwark Cathedral. 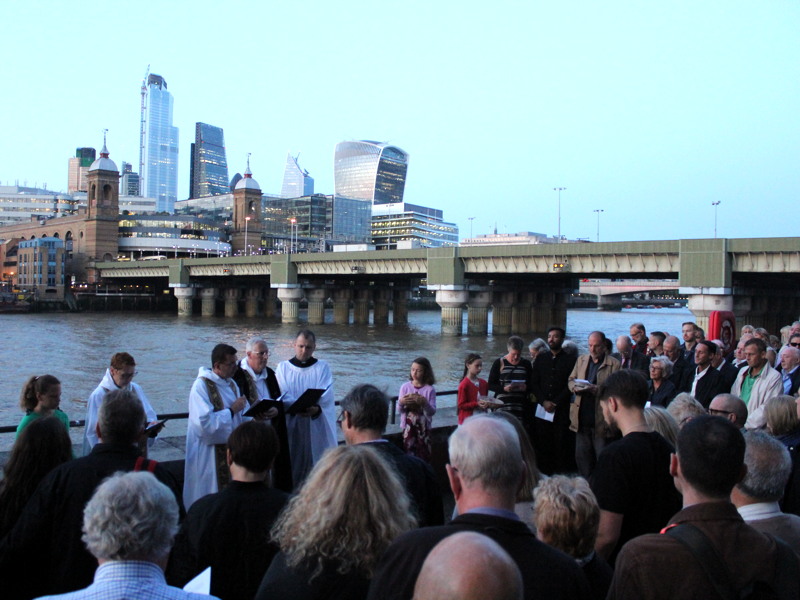 The Bishop of Southwark led a vigil on Bankside on Tuesday night, close to the scene of the tragedy 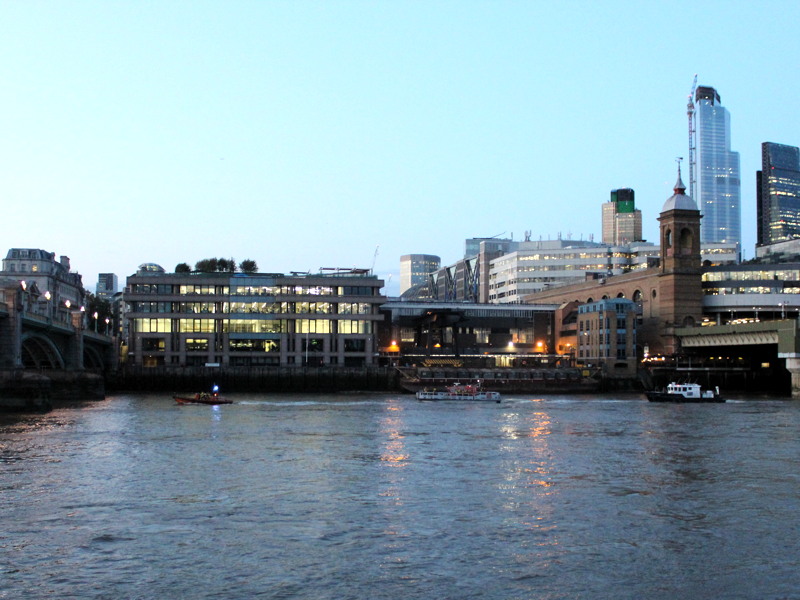 The RNLI, fire brigade and Port of London Authority formed a flotilla on the Thames as mourners stood on Bankside for the vigil

On Sunday 20 August 1989 51 people lost their lives when the pleasure boat Marchioness collided with the dredger Bowbelle close to Southwark Bridge.

On Monday night the Bishop of Southwark – Rt Revd Christopher Chessun – led a short vigil on Bankside close to the scene of the collision.

The names of the 51 victims were read out and petals were scattered on the river to remember those who died.

At the same time, vessels from the London Fire Brigade, RNLI and Port of London Authority formed a flotilla passing by the scene of the tragedy.

On Tuesday lunchtime a Choral Eucharist was held at Southwark Cathedral, including a reflection by survivor Diogo Vasconcellos and prayers and wreath-laying at the Marchioness memorial stone at the west end of the cathedral.

A minute's silence was kept at the cathedral, which was broken by vessels on the Thames sounding their horns.

"The tragic events of the 20 August 1989 are very much at the front of the minds of those of us who operate the RNLI's lifesaving service on the Thames," said Kevin Maynard, station manager at Tower RNLI.

"People are often surprised to hear that there are lifeboats on the Thames, and even more surprised when they learn that Tower RNLI is the busiest of the charity's 238 lifeboat stations.

"When we started the lifeboat service on the Thames on 2 January 2002, we anticipated a hundred or so call-outs or so every year on the Thames.

"Last year at Tower RNLI alone, we launched six times that number, which highlights how important having lifeboats on the Thames is, with the four lifeboat stations having assisted nearly 5,000 people since 2002."