An engineer working on the moving walkway at Waterloo Underground Station died in the early hours of Wednesday. 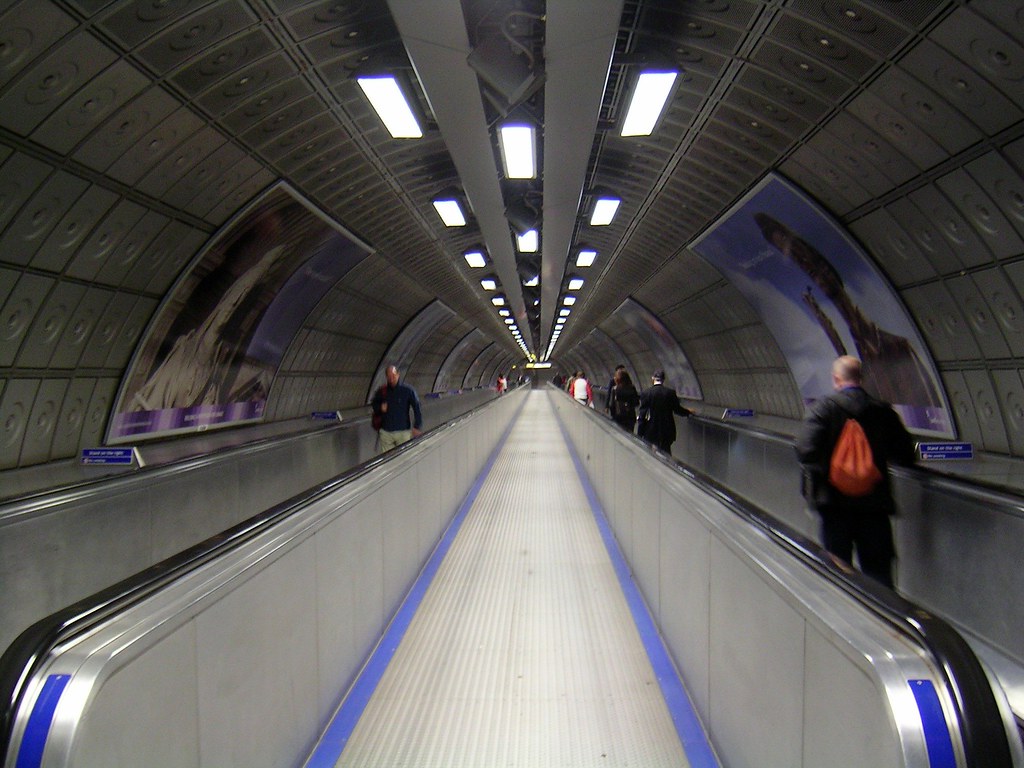 Photo by Neil Turner used under a Creative Commons licence

"Officers were called just after 2.20am this morning to London Waterloo Underground Station following reports that a contract worker had received an injury," said the British Transport Police.

London Ambulance Service and London Fire Brigade also attended and a 44-year-old man from Cambridgeshire was pronounced dead at the scene.

His family have now been informed.

Officers are continuing to work to establish the full circumstances behind the man's death.

BTP Detective Inspector Darren Gough said: "This is a truly tragic incident and our deepest condolences are with the man's family.

"They are currently being supported by specially trained family liaison officers as they come to terms with this devastating news.

"We are now working closely with the Office for Road and Rail (ORR) to conduct a thorough investigation into the incident and establish exactly what happened to lead to the man's very sad death."

The travelator – or moving walkway – was installed 20 years ago when Waterloo Underground Station was expanded for the Jubilee line extension.