Developers seeking permission for a nine-storey building on New Kent Road have flipped their proposal from a 'compact living' scheme of micro-apartments to a 'mid-market' hotel. 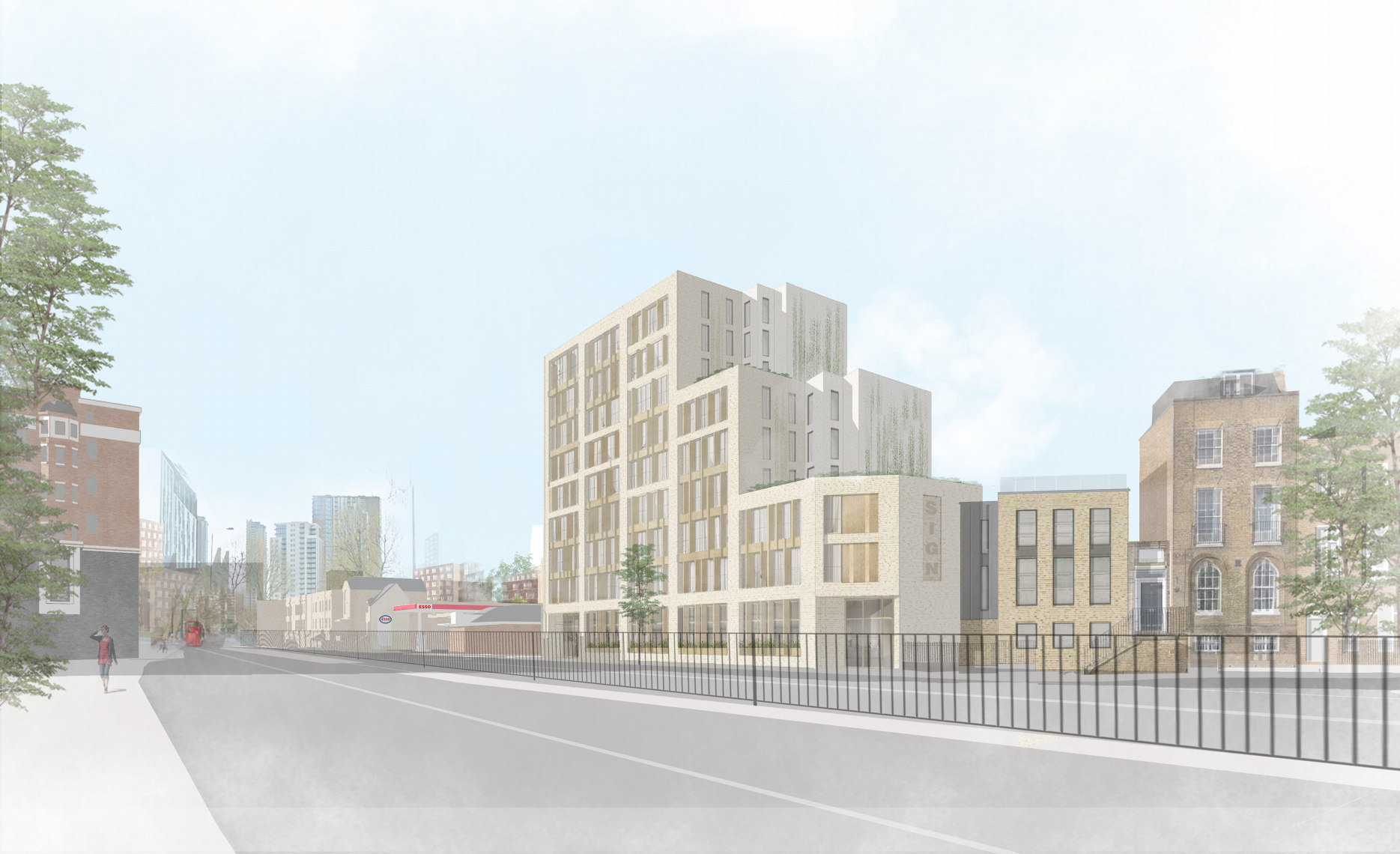 We reported earlier this year on Eden Vale Global Ltd's pplan redevelop the light industrial buildings on the north side of New Kent Road between the Esso petrol station and the Bartholomew Street junction, to the south of Ark Globe Academy.

The firm's original planning application was for "a compact-living scheme to meet the needs of first time buyers".

Now a revised application has been submitted to Southwark Council (19/AP/5389) seeking permission for a hotel instead.

Eden Vale Global's latest application claims that its discussions with Southwark planners has led to the conclusion that "a hotel-led mixed use scheme on the site is preferable".

According to the applicant's planning statement, "... a hotel operator has not yet been confirmed however the applicant is in discussion with potential operators and the proposed development has been designed to accord with a 3• mid-market offering for which there is significant demand in the London Borough of Southwark".

The hotel is expected to employ 67 staff, whilst a further 135 full-time equivalent staff are expected to work in the ground floor maker/work space.