Boots in Lower Marsh will relocate to allow hotel expansion

The Ruby Lucy hotel currently being built in Lower Marsh is planning to expand even before the building has been completed. 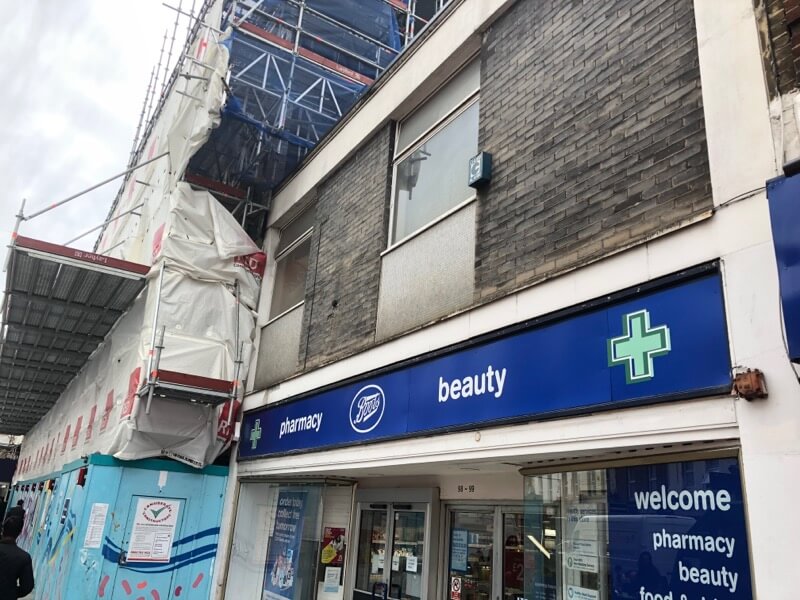 Boots in Lower Marsh will be demolished, with the pharmacy moving into the adjacent building now under construction

When plans for the demolition of a parade of shops to make way for a hotel were approved in 2017, one bay of the 1960s building was left behind.

That section of building was retained because Boots the Chemist had a long lease on its shop.

Now Boots has reached agreement with the developer to relocate the pharmacy into a ground floor unit in the hotel building, allowing the final section of the post-war block to be demolished to make way for another 23 bedrooms in a five-storey extension.

"It is hoped that this application will secure these ambitions to provide not only a well-designed and aesthetically improved building on site, but ensure the long-term retention of Boots (an important anchor and community retailer) along the Lower Marsh and future vibrancy and vitality of the local high street," says the developer in its planning application to Lambeth Council.

The Ruby Lucy hotel is due to open in 2020. It is the German 'lean luxury' chain's first London hotel.

Ruby Lucy will have a 'carnival' theme. Bedrooms will be equipped with a Marshall amp, which guests can use with their own guitar or one borrowed from hotel reception.