Police officers investigating an 'altercation' at Elephant & Castle Tube Station on Tuesday afternoon have arrested a man on suspicion of sexual assault and common assault. 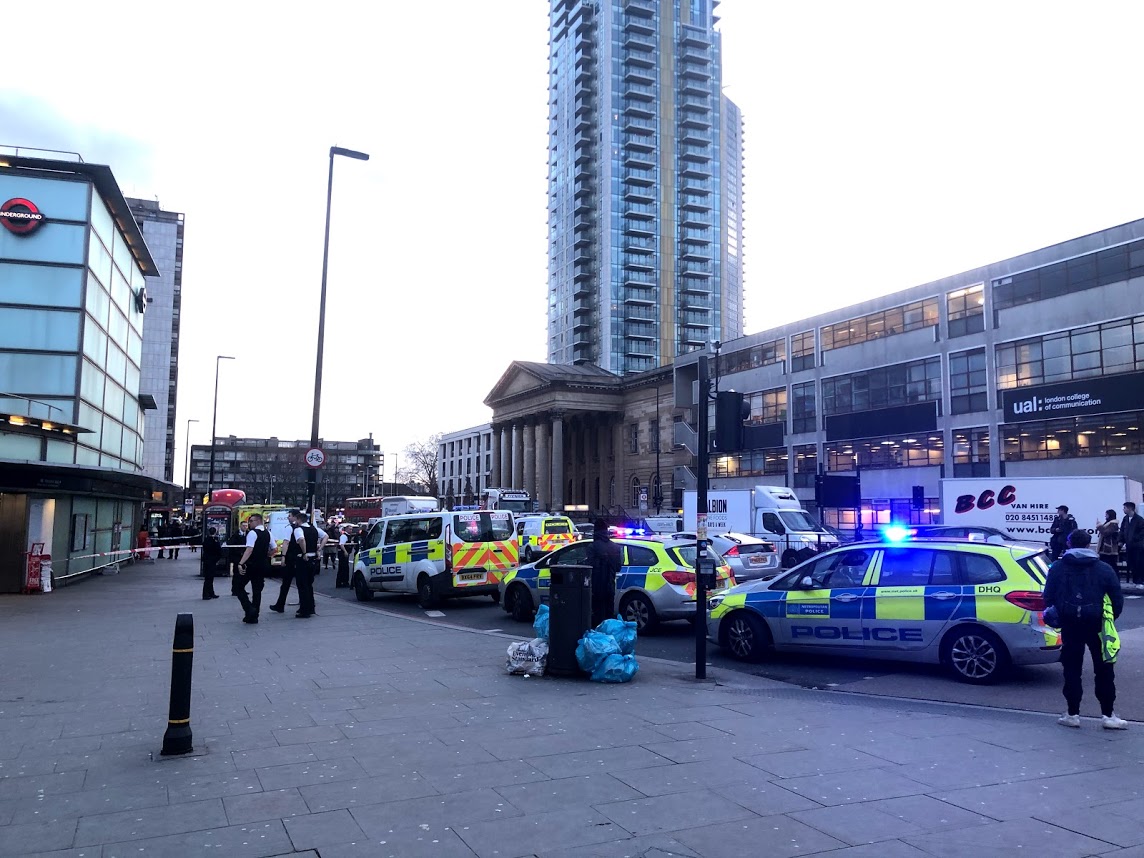 The pavement outside the Northern line ticket hall was taped off on Tuesday afternoon and a large number of officers from both the Metropolitan Police and the British Transport Police attended the scene.

Patches of blood could be seen on the pavement behind the police cordon.

"At 3.44pm on 28 January, officers were called to Elephant & Castle Underground Station following a report of a altercation in the ticket hall," a British Transport Police spokesman told SE1.

"Officers attended and a 35-year-old from man Wood Green was arrested on suspicion of sexual assault and common assault.

"He remains in police custody as enquiries continue."