Eight people were arrested for offences including drug driving, possession with intent to supply and theft of a motor vehicle during police operations on Vauxhall Bridge, Blackfriars Bridge and Tower Bridge last Saturday. 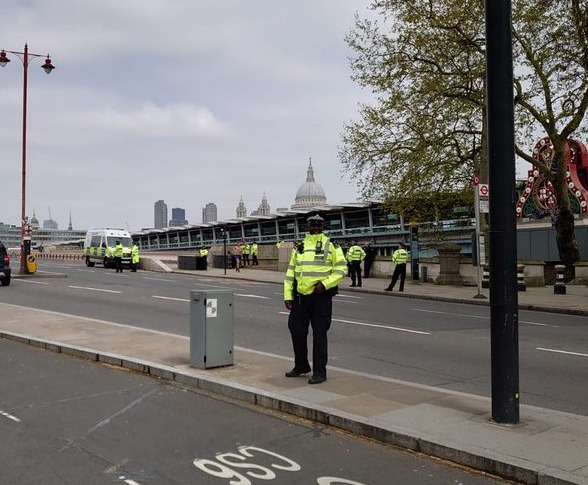 More than 280 Met Special Constables, volunteer officers with the same powers as regular police officers, were out across London last weekend.

During the day of action on Saturday the MSC carried out arrest enquiries to track down offenders, weapons sweeps and high-visibility patrols in violence hot spots.

Some special constables worked alongside officers from the Met's Violent Crime Taskforce during 'Op Kaiser', an automatic numberplate recognition (ANPR) operation that saw MSC conduct vehicle stops to speak to motorists and carry out searches, with the aim of disrupting those involved in violent crime using the road networks.

This operation took place on Vauxhall Bridge, Blackfriars Bridge and Tower Bridge and resulted in a further eight arrests for offences including drug driving, possession with intent to supply, theft of a motor vehicle and driving with no licence or insurance.

"Days like this are not only about enforcement but also act as a deterrent. I hope these successes reassure the public that despite the current pandemic we are in, all officers – including Met Special Constables – are still out there on the streets of London, preventing crime and protecting lives."

John Conway, Chief Officer of the Metropolitan Special Constabulary, added: "It was great to see first-hand the excellent work of the Special Constables to support policing across London. I would like to thank all our Special Constables for continuing to volunteer their invaluable time to serve the communities of London and make London safer."