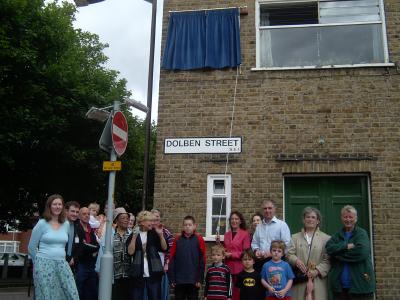 The Southwark Council plaque has been placed on number 45 Dolben Street which faces down the new Gambia Street Garden. 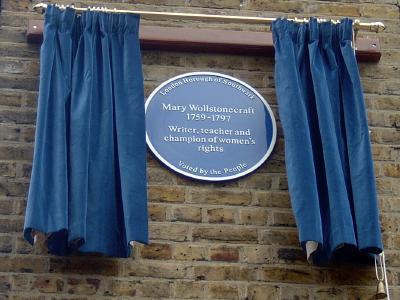 Claire Tomalin said that Mary, having lost her job as a governess in Ireland, came to Southwark in 1788 to be near publishers across river. Dolben Street was in an up and coming new area thanks to the opening of Blackfriars Bridge. 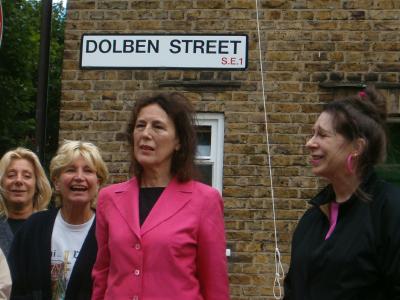 Tomalin also told the crowd of residents present that Mary, whilst in Dolben Street, wrote Original Stories which was illustrated by William Blake.

She left in 1791 just before the publication of her most famous work The Vindication of the Rights of Women. Before pulling the curtains aside, Tomalin reminded the audience that Mary's daughter Mary married Percy Bysshe Shelley and wrote Frankenstein.

Number 45 is now a 20th-century building but Thompson House next door would have been known to Mary Wollstonecraft. 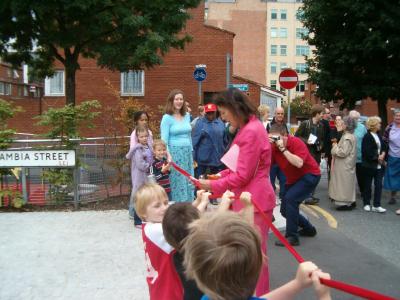 Afterwards Tomalin crossed the road to open Gambia Street Garden by cutting a red ribbon held by children. The Rochester Estate Tenants & Residents Association presented her with a bouquet. 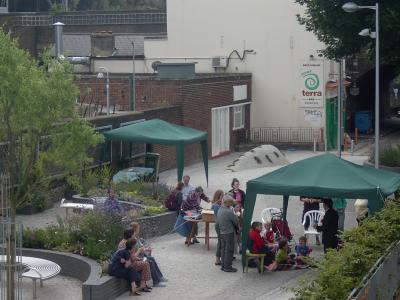