Supporters of the Co-operative movement gathered on the South Bank on Saturday to celebrate International Co-operative Day as part of the Coin Street Festival.

Co-operatives operate in many forms throughout the world and the first Saturday of July is an international celebration of co-operation. 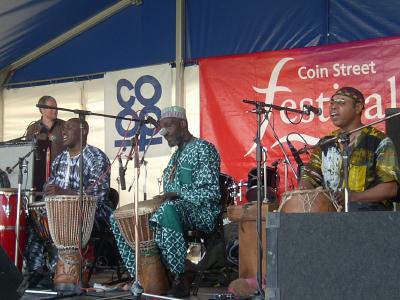 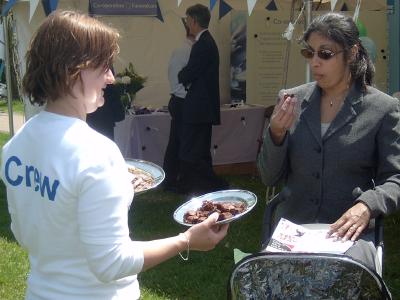 As well as the usual food and music of a Coin Street Festival event, Co-op fair trade products such as wine, chocolate, fruit and orange juice were available to be sampled and on sale at special prices. Other Co-op businesses such as Travelcare and Funeralcare were also represented.

Children's activities in the sunken garden were provided by the Woodcraft Folk.

• The next Coin Street Festival event is the annual community celebration on Sunday 25 July.