Southwark-born Michael Collins launched his book The Likes of Us at the Southwark Rose Hotel on Bankside. 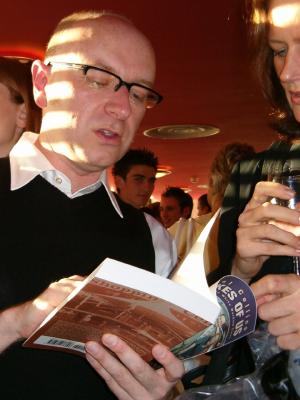 The author, fresh from an encounter with Andrew Marr on Radio 4, provided the guests with a slide show of Southwark from a sepia photograph of a vegetable stall to the latest Berkeley Homes hoarding.

The author defends the SE1 white working class against slurs and caricatures in the media arguing that their culture is intimately linked to a landscape and a concept of home in Southwark. He writes as a resident with deep family roots. His great-grandfather was accused of stealing sherbet from a shop at the Elephant & Castle.

Some of the book launch guests included family and friends who have now moved away as described in the book.

Writer and television producer Michael Collins declined to make a speech to allow the book to speak for itself but was in demand all evening signing books. Refreshment appropriately included sausage and mash.

• The Likes of Us: A Biography of the White Working Class by Michael Collins (Granta £12)