Police have issued an e-fit image of a man they are seeking in connection with a serious sexual assault on a young man in Bermondsey in the early hours of Sunday 22 August. 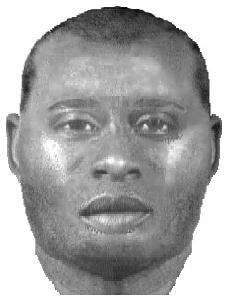 Police say that it appears that the 19 year old victim was crossing Purbrook Street, SE1, off Tower Bridge Road, at around 6.30 am, when a man shouted out his name. He turned around and saw a man he did not recognise.

The man then approached and spoke to the victim, then followed him into the Purbrook Estate. There, he forced the victim into the stairwell of a nearby block of flats and sexually assaulted him.

The victim managed to escape. He later saw the suspect walking towards Abbey Street, from the Purbrook Estate.

The suspect is described as a black man, around 30 years old, with short, shaven black hair, and of medium to large build. He wore smart trousers, possibly part of a suit, and a white shirt with a knitted jumper or cardigan over the top that had a red and orange striped pattern on it.

The incident is being investigated by the Sapphire Unit at Walworth Police Station. Anyone who may recognise this description or who was in the area between 6.30am and 8am, or has any information, should call PC Scott Albert on 020 7232 6182, or Crimestoppers on 0800 555 111 to remain anonymous.