A new seat was unveiled today in Christ Church Garden in memory of Ernie Hall who was a regular visitor from his home opposite. 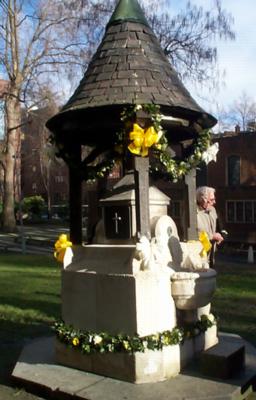 Present at the Blackfriars Road garden to assist the Mayor of Southwark, Hilary Wines, was
his widow Alice who was the first to sit on the new bench outside the south end of the church. The seat has been made locally by Roots and Shoots.

The ceremony was preceded by the inauguration of running water at the garden's fountain which had been decorated by floristry students at Southwark College in The Cut. 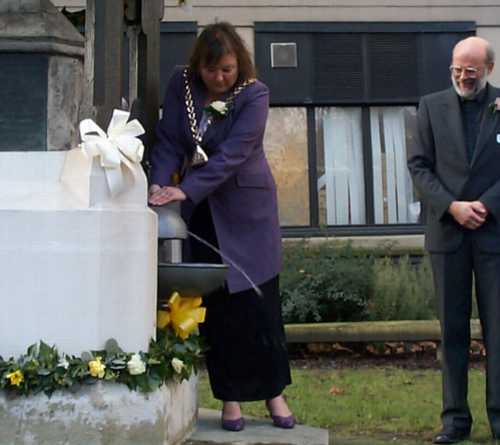 "The fountain is 102 years old and was built to commemorate the opening of
Christ Church Garden in 1900" said the Rector John Paxton. "The Christ Church Garden Group, with representatives from Southwark Council, the
Metropolitan Public Gardens Association, local residents and organisations, business neighbours and church members, with financial support from the
Lottery Awards for All Scheme and Christ Church United Charities, have been
working to refurbish the Garden.

"We are still working to raise funds for the third phase which will be the
completion of flower beds, a dog-free children's area, gates and signs"
added the Rector.