Revd Tim Scott has been inducted as rector of Christ Church Blackfriars Road and the Diocese of Southwark's adviser on regeneration. 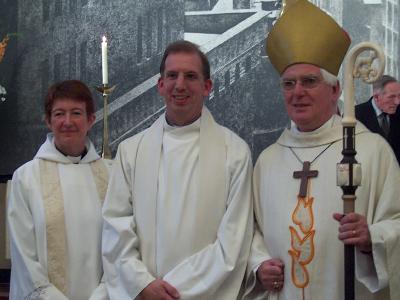 Revd Tim Scott comes to Southwark from the Diocese of Chelmsford where he was team leader of the Bradwell Area Team.

He succeeds John Paxton who left Southwark last September to become social responsibility officer for the Diocese of Worcester.

Bishop of Southwark Tom Butler, preaching during the induction service, described Christ Church as "a vibrant and regenerated parish".

The new rector was ordained priest in 1987 and has served as a parish priest in Leytonstone. Also present at the service was the Bishop of Southampton Paul Butler who is a former colleague.

Tim Scott has also been commissioned as Regeneration Adviser for the Diocese of Southwark.

Bishop of Southwark welcomed the rector's wife Linda who is a priest.