Diane Riley has been sworn in as Foreman of the Court Leet of the Guildable Manor of Southwark. She is the first woman to hold the centuries old office. 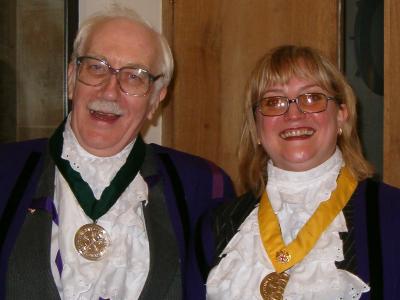 The court sat for the first time in the Weston Library of Southwark Cathedral and was presided over by the Common Serjeant, Judge Peter Beaumont, who wore full judicial dress as for a state occasion.

New Foreman Diane Riley, a chartered surveyor, travelled by Eurostar from Paris where she is working. Her parents were present in court for the historic occasion.

Her predecessor Ken Hayes presided over the traditional annual Court Leet luncheon at the London Bridge Hotel before handing over the regalia of office.

Southwark's Court Leet procedure dates from 1561 and is one of the oldest known Courts Leet.