Maureen Lipman - currently in rehearsals for Aladdin at the Old Vic - crossed the road to Lower Marsh on Wednesday to switch on Waterloo&#39;s Christmas lights. 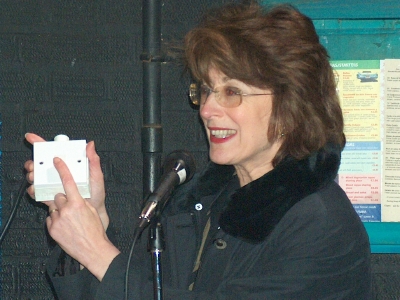 Maureen Lipman gets ready to press the button

Maureen Lipman said: "I am delighted to be turning on the Christmas lights in Lower Marsh. As I am performing at The Old Vic over the festive period, it is wonderful to be able to get involved with the local celebrations." 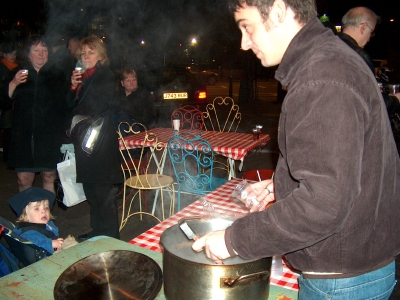 Mulled wine was served to the crowd outside Cubana

Lipman, playing 'Dim Sum' in Kevin Spacey's production of Aladdin at the Old Vic, switched on the Christmas lights for Lower Marsh and the Waterloo Green's Christmas tree.

Lipman was accompanied by Sir Ian McKellan (playing Widow Twankey in the panto) and the pair delighted the crowd by dancing to the Cuban music before the ceremony started. 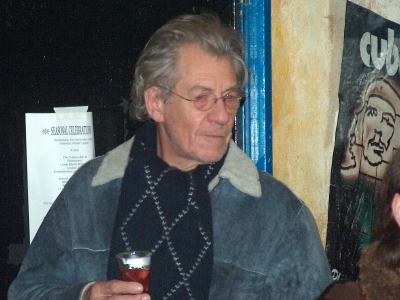 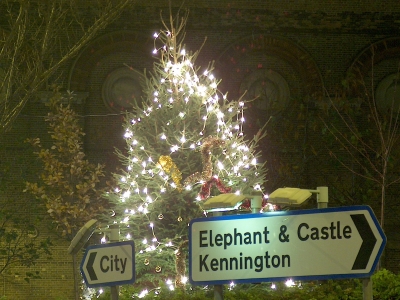 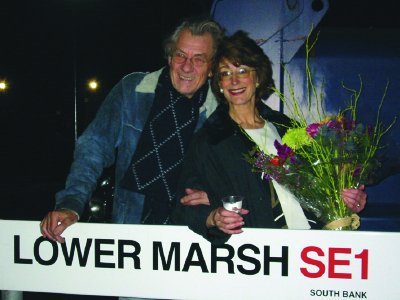 • Aladdin starts on 17 December at the Old Vic Theatre.