Community spirit at the Old Vic

Over 120 children from Lambeth schools packed into the Old Vic on a mid-January Saturday for face-painting, drama workshops, storytelling, magic tricks and a special performance of Aladdin. 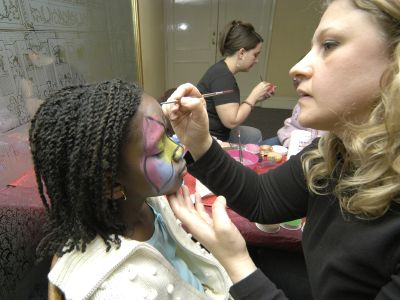 Themed around the theatre's current production of Aladdin, children from five local schools were invited to join in the community day sponsored by Waterloo Road-based venture capitalists 3i.

To round off the activities, a special community performance of Aladdin was staged at 2.30pm, with Ł5 tickets available for local residents, young and old alike. Members of Waterloo-based organisations including The Peabody Trust, Waterloo Action Centre and SE1 United all joined in the fun. 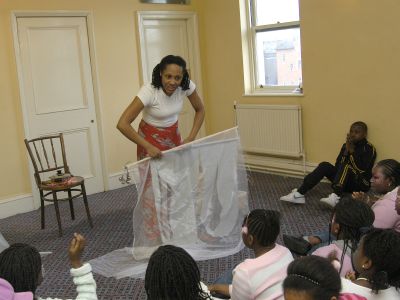 "Building on the reduced-price ticket scheme we offered to local residents for our production of Cloaca, it is fantastic to be able to offer the local community something extra for Aladdin with 3i's generous support" said Steve Winter, education and community officer. "This community day is our belated Christmas present to Lambeth and Southwark residents, and gives them the chance to experience some real pantomime magic. Not only could kids explore their creativity with experienced theatre workshop leaders, but also see a sold-out show at an incredible price." 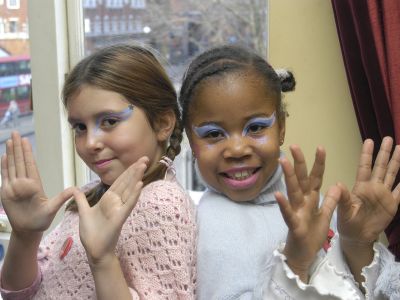 The day was a culmination of an education project at The Old Vic sponsored by 3i that began before Christmas and has been accessed by 1500 young people from 12 schools.