Monday saw the dawn of a long awaited day for all of those involved in the publication of a new book of poetry by students of the Evelina Hospital School at Guy's Hospital. 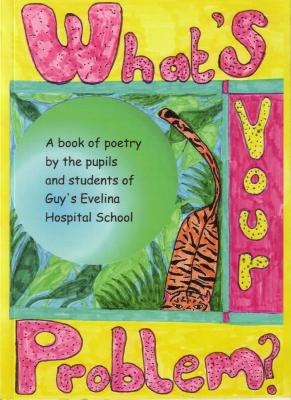 This book, titled What's Your Problem? includes poetry by students who have been under the charge of the school during their time in hospital.

"Many people don't even know that hospital schools exist," says Alan Chapman, head teacher at Evelina, "and yet sick children and adolescents of school age have a statutory right to education."

He went on to say that the school charges no admission fees, and that "from minute one in hospital, you're entitled to attend our school. The team behind the book, including several of the young poets who had returned to see the ceremony, celebrated the flowering of their efforts by reading some of their favorite poems.

The book itself includes poetry by the entire range of the school's students, reaching from the very youngest all the way to one patient's mother who happened to be sitting in on one of the workshops. One speaker declared, "the poems are truly inspiring," and Wendy French, a poet who had been heavily involved in the book's creation stated emphatically that it was, "a piece of art."

Art or not, perhaps the book's meaning to the young poets it showcases was best summed up when another speaker stated that, "the book was to give the children the chance to express themselves, and get published, published in a proper book."