A man was attacked with CS gas and a car was badly damaged during an attempted robbery near Blackfriars Road. 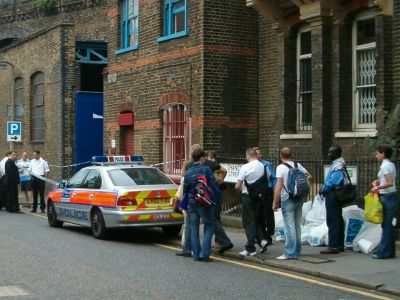 At about 4.30pm on Tuesday the manager of a car park in Chancel Street spotted a car in his care being driven out of the garage yard on the corner of Treveris Street. His swift action in partly closing the gate appears to have resulted in the car to crash into the gatepost.

The car's two occupants fled on foot along Chancel Street towards Burrell Street leaving the manager immobilised by a gas attack. 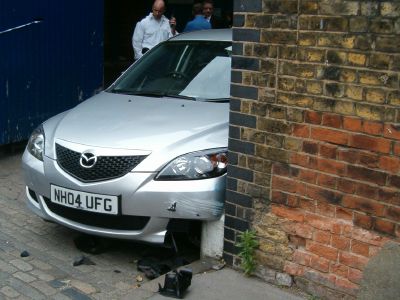 The noise of the incident brought staff out on to the street from the next door Electoral Reform Society. Following a call to the emergency services, a paramedic was first on the scene followed by the Police who sealed off the car park.

Commuters unable to retrieve their cars were forced to wait in the street during the early evening.

The Metropolitan Police was unable to prove any further information on the incident.