The Canterbury Tales - from the George to the Cathedral

Southwark Playhouse is putting on a fantastic open air version of Geoffrey Chaucer&#39;s The Canterbury Tales. 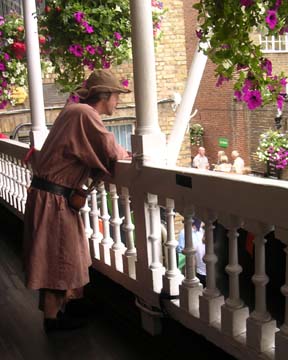 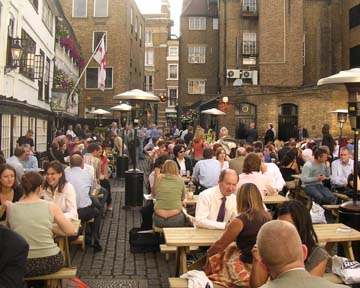 The beginning of this open air event starts at the George Inn. There is a courtyard behind the George where the actual Tabard Inn stood, marking the meeting place where we, as pilgrims, began our journey. Upon arrival notice the actors coming out and mingling with other audience members. After some settling in and fun the show begins and we are introduced to the characters of The Canterbury Tales. 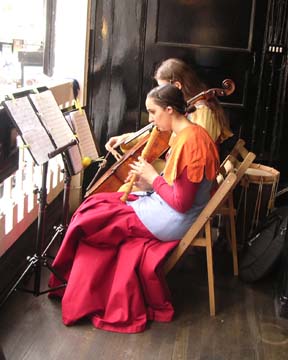 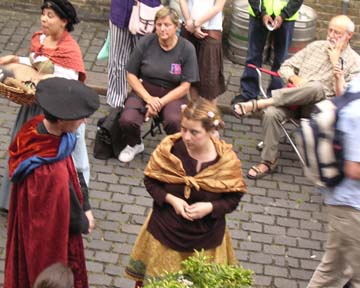 There is The Knight (Michael Roberts), The Narrator also known as Harry Bailey (Dodger Phillips), The Pardoner (Daniel Crowder), The Miller (Shaun Hennessy), The Prioress (Joanne Redman), The Nun's Priest (Paul Rumbelow), and The Wife of Bath (Heather Williams). All these actors swap roles and interchange characters throughout each Tale. Wig, clothing, and role changes are obviously necessary skills for these actors to have mastered. 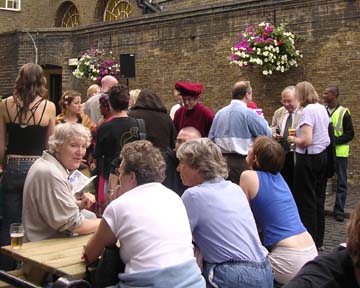 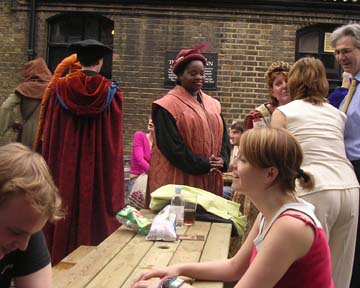 After a brief introduction and song the cast takes us down to the second site in St. George's Gardens where The Knight's Tale is told. This tale is about two men who fall in love with one woman and how they set out about winning her from the other. Funny and foot tapping fun is this tale. You'll be laughing tears at the witty lines and comedic scenes. When Roman Gods and Goddesses sing and dance to rock and roll, as it happens in one scene, it is surely to be a fun experience.

The second and third tales are at the third site, Little Dorrit Court, where the play takes full advantage of the modern day play yard with slides, climbing poles, and lots of space. This time we get to hear The Miller's Tale. His is a story about another love pair who cannot legally be together. She happens to be married but they devise a mischievous plan to be together, which turns the tale into a laugh out loud hoot. 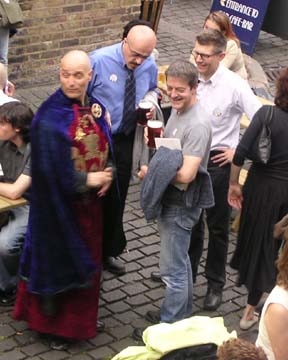 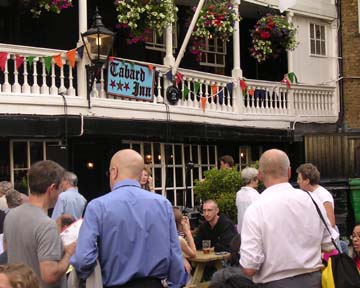 Thirdly, The Nun's Priest's Tale, of the rooster Chanticleer, demonstrates how flattery can get the best of anyone, especially when it comes from a sly fox.

Moving on to the fourth location, in the Borough Market, we are told The Pardoner's Tale. This tale is a tale that is as eerie as it's location with an unexpected outcome. Thank goodness it is only a tale. 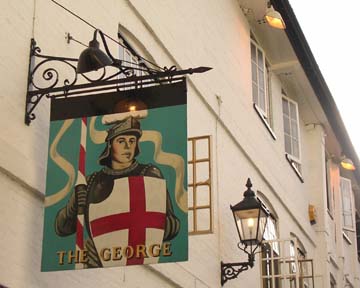 The last location, which also is where we have our last tale, is the Southwark Cathedral, right outside in the open courtyard area. Here we learn The Wife of Bath's Tale. This tale is based around a quest for the answer to a very difficult question. What do women want most? The answer, when discovered, is quite accurate, or at least in the minds of many. In fact this tale show's Chaucer to be very advanced in his views and social beliefs about women. Being our last tale, enjoy the costumes and special effects/props. It is by extremely interesting and captivating.

So there you have it! A journey of fun and entertainment. Instead of listening to the play in Middle English like it was originally written, this open air event has reinvented the story with modern culture references and language. I mean, where would you have two actors hand an audience member a camera to take their picture during the performance. Brilliant fun!