Sandi Toksvig arrived on the South Bank by speedboat on Tuesday to open the new Foyles bookshop at the Royal Festival Hall. 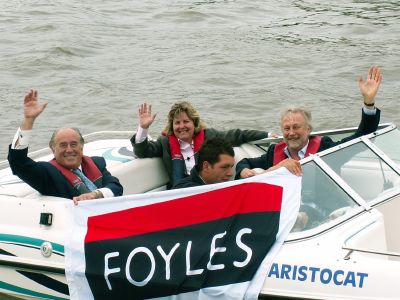 The new riverside bookshop replaces the Booksetc store previously inside the Royal Festival Hall. The 300 square metre shop stocks around 30,000 books. It is the first time in many years that the legendary Charing Cross Road booksellers have had a second store. 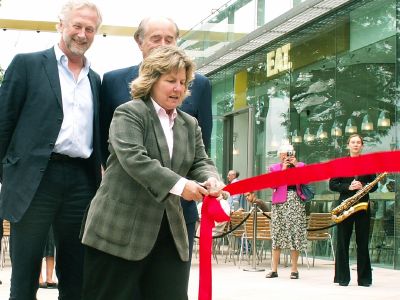 Sandi Toksvig, currently on a tour to promote her new book Hitler's Canary, cut the ribbon to open the new shop. She had arrived at Festival Pier in a speedboat, along with the company's co-directors Christopher Foyle and Bill Samuel. 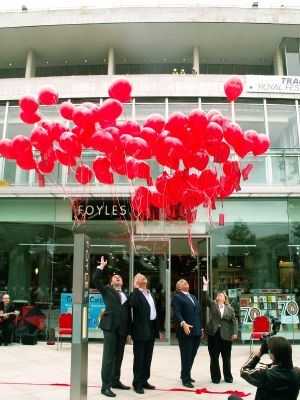 102 red balloons were released outside the shop to represent the 102-year history of Foyles, each with a Ł5 voucher attached. 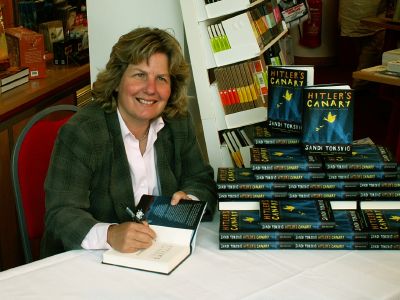 "This is the perfect opportunity for us to grow organically, giving the millions of visitors to the South Bank a taste of Foyles," commented chairman Christopher Foyle.

Foyles is part of a new riverside parade of shops and restaurants which will include EAT, Giraffe, MDC, Strada and Wagamama .