The London Eye's public row with its South Bank Centre landlords is heading to the High Court as the owners of the observation wheel seek a judicial review of a planned rent rise. 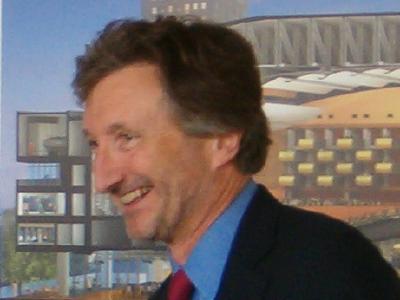 The dispute centres on a small corner of Jubilee Gardens on which part of the wheel's support stands. The land is owned by the South Bank Centre, who have proposed a rent increase from £65,000 to £1 million-a-year.

On Tuesday the London Eye's operator announced that it was instigating the judicial review "because the South Bank Centre has still not withdrawn their eviction notice of 14 December 2004".

South Bank Centre chief executive Michael Lynch said that despite their best efforts they had been "unable to agree terms".

"It is a matter of considerable disappointment that British Airways London Eye is focusing its attention on instituting legal proceedings."

Mr Lynch insisted that his legal advisors considered the action "completely groundless", and it would "create still further delays and considerable unnecessary expense".

For its part, the London Eye company said that it was "keen to continue negotiations and ....agree a fair commercial rent as soon as possible".

Writing in the SBC's annual review, chairman Lord Hollick said: "The South Bank Centre is here to run a world-class arts centre for the benefit of the entire community and it would be wrong to show special tenderness to a private enterprise commercial venture seeking to maximise its profits."

Vauxhall MP Kate Hoey and Mayor of London Ken Livingstone are among those who called for Lord Hollick's resignation when news of the dispute first emerged back in May.